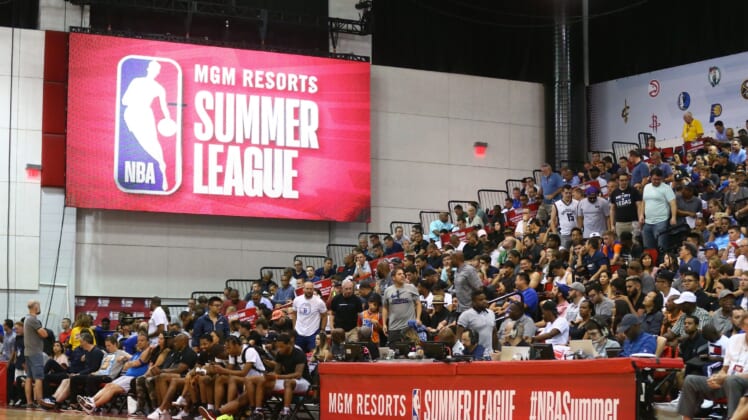 The 2019-20 NBA season will resume in Orlando on July 31. Only 22 of the league’s 30 teams will return to action with the eight other squads remaining idle.

Said season is slated to resume at Walt Disney World in Orlando. It will include each team playing eight games before a potential play-in tournament and the playoffs.

In what can’t be considered too much of a surprise, the traditional Summer League in Las Vegas and other metropolitan areas have been canceled. Obviously, the season still being played in July, August and September played a role in this.

According to ESPN’s Adrian Wojnarowski, these teams (sans the Warriors) are planning for a mini Summer League. The insider notes that teams are pushing for the NBA to televise the games.

These teams would also like the league to allow them to start training camp earlier than those playing in Orlando. As of right now, training camp is set for November with the 2020-21 season scheduled to start some time in December.

Given that the season was suspended back in March, these teams don’t want to be dormant for what would be eight months.

It’s not yet known who would take part in the proposed Summer League. The original league usually consists of rookies and low-end bench players. Given that the 2020 NBA Draft is not set to take place until October, there’s no chance rookies will take part. We could potentially see bigger-name players in that of Trae Young and Karl-Anthony Towns participate.