The NBA playoffs are now underway, which means the league will have some exciting times between the sidelines during the next few weeks. Off the court, however, some franchises are reportedly spending time and resources to design a new look for their uniforms and brand. But some teams should be most desperate for a fresh appearance.Fashion has become such a significant part of sports; franchises are often heavily judged on their uniforms, apparel, and overall brand. Any time a team announces new alternate uniforms—whether they are throwbacks or a new concept—social media blows up for days.

Plus, allegiance to a team is serious. Not only do fans expect their teams to play well, they want them to look good, too. It’s no wonder we often see “leaked” photos of potential new uniform designs in sports, perhaps on purpose so teams can gauge the reaction of fans and critics before officially unveiling the fresh digs.

Recently, the Milwaukee Bucks unveiled a re-branding campaign in hopes of correcting some of the most hideous uniforms in professional American sports. I think we can all agree, the new look is needed. Although we haven’t seen the uniforms yet, the color scheme has a Minnesota Wild feel to it. The Bucks went from Christmas colors to cream and forest green. Yikes. Personally, I think they could have done more. Much more.

Besides Milwaukee, the Los Angeles Clippers are reportedly working on a new look as well, per Paul Lukas of Uni Watch. So too are the Toronto Raptors, according to sportslogos.net. Some teams like the Cleveland Cavaliers, Charlotte Hornets and Golden State Warriors have done an excellent job updating their look. Their colors work, are unique and bring life to their franchise.

If done right, a new look can help create a new feel and sense of optimism to fans who desperately need that. Of course, the more important part is assembling a good team on the court, but that’s a conversation for another day.

Let’s focus on the NBA teams that need new uniforms. 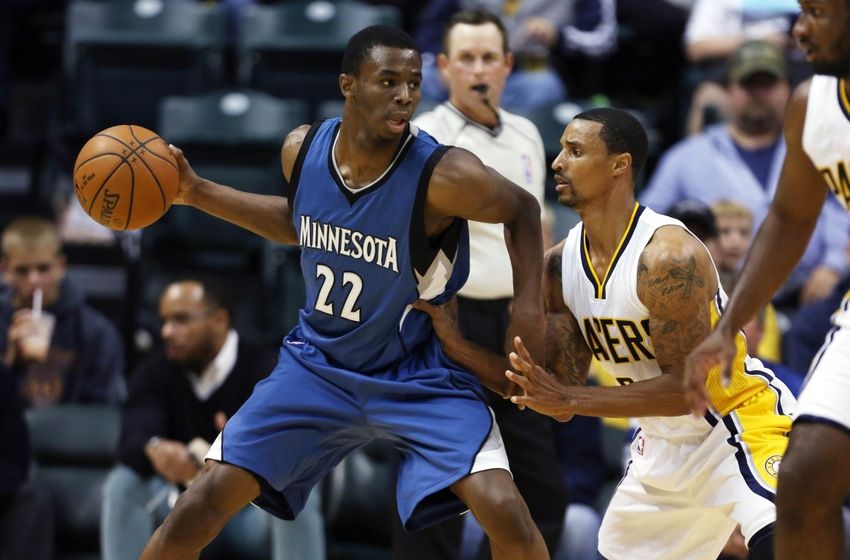 Thanks to the Bucks’ recent changes, the Timberwolves are now at the top of the league in one category: ugliest uniforms. For a franchise that hasn’t had much to brag about since they joined the NBA in 1989 outside of one playoff run led by Kevin Garnett, the Wolves have only overhauled their uniforms twice. Minnesota’s original uniforms were pretty standard for the league at the time, but neither re-branding attempt blew the socks off the fan base.

The Wolves are in the midst of a re-build. The team is young and in a spot where it can’t afford to go in the wrong direction any longer—not that Minnesota can get worse than dwelling in the league’s basement. Granted, the T-Wolves have a potential superstar in Andrew Wiggins and are nearly guaranteed to land another potential superstar in this year’s draft. This the ideal time to re-brand the franchise with a new look, new players and hopefully, new results. 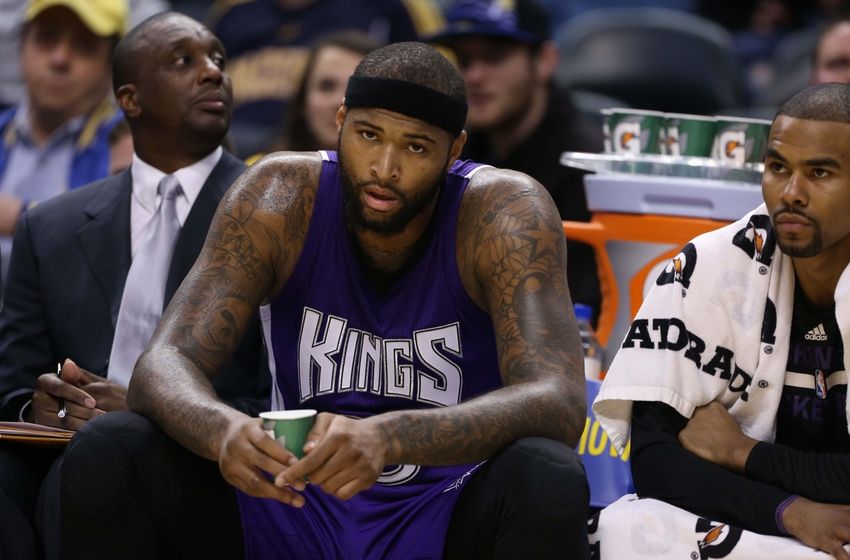 This picture says it all. We agree DeMarcus. Courtesy: fansided.com

Sacramento is another team that can’t seem to get out of a rut. The franchise has consistently given the fans reason to get excited, adding players like Rudy Gay and Darren Collison to a roster that already included DeMarcus Cousins. It’s unfortunate, though, that the Kings haven’t made the playoffs in nine years. And they haven’t been close.

Sacramento also hasn’t made a major overhaul to its uniform since 1994 when they ditched the red, white and blue color combination for black, white and purple. Like the Timberwolves, the Kings need more excitement besides the players on the court. Plus, California is one of the top fashion hotbeds in America, so a new wave of Kings apparel for their loyal fans would equate to plenty of new revenue.

Recommendation: Use gold as an accent color. Be bold but stylish…like a King.

The Houston Rockets aren’t in need of re-branding to help win games, since they’ve done plenty of that by adding top players over the past few years in James Harden, Dwight Howard and Trevor Ariza. Houston’s uniforms, however, are awful.

The frustrating part is that the Rockets’ alternate uniforms are much better than their regular ones, as the retro digs respect their history by accenting red with yellow-gold. Although the current uniforms have almost made us forget the hideous uniforms of 1995-2003, the white, silver and red combo is bleak and boring. The fans deserve better.

Recommendation: Go back to the roots. Create a modern version of the original uniforms. 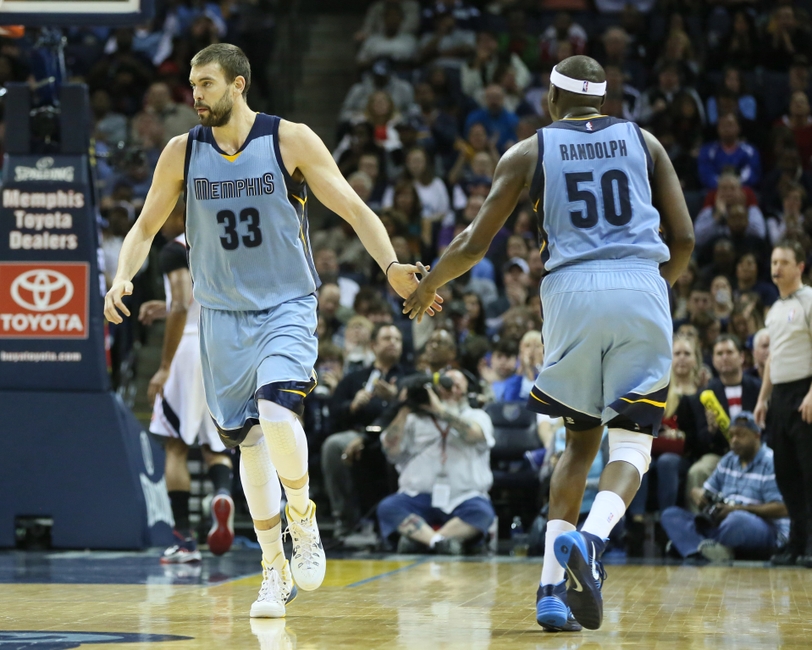 The Grizzlies fell victim to entering the league during the “cartoon and teal craze.” Seemingly every expansion team in the 1990’s loved a cartoon character of its nickname and also incorporated teal as a primary color. The original Grizzlies uniform looked like a 12-year-old threw up a box of Crayola Crayons on a sketch pad during indoor recess. My stomach hurts just thinking about them.

The current look of the Grizzlies is manageable, at best. The different shades of blue combined with yellow-gold and an angry-looking teddy bear isn’t cutting it anymore. If Memphis is going to have one of the most feared wildlife animals as its mascot, get uniforms that strike fear in the eyes of your opponent.

Recommendation: Start over. Scrap everything. Sport a look that makes the rest of the league jealous. Grizzly Bears can smell fear, so bring the fear! 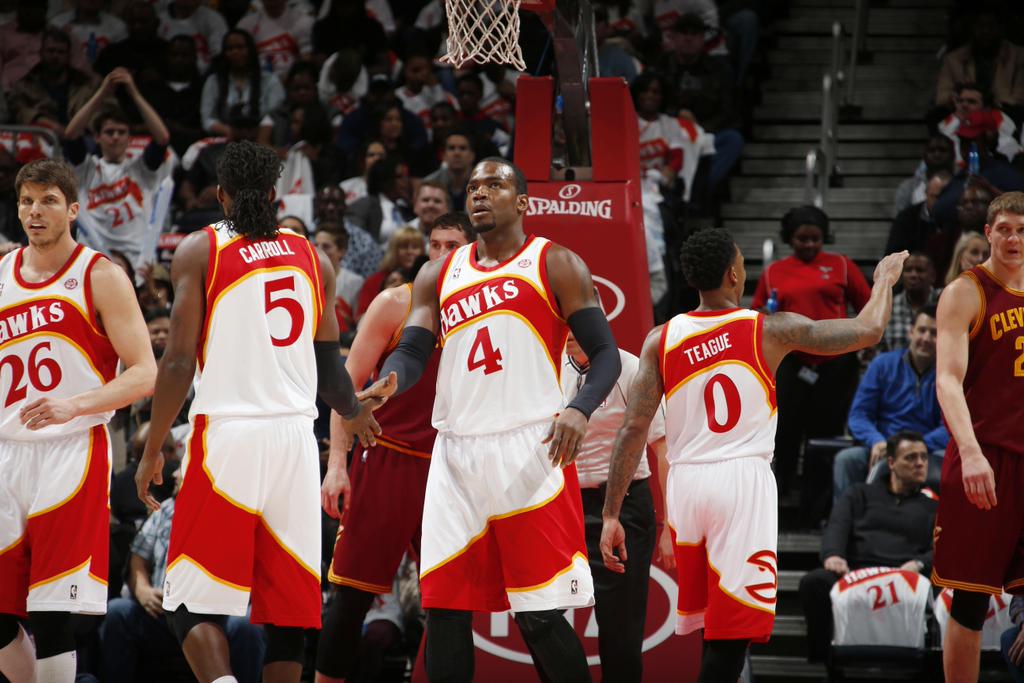 The Hawks should work on a version of these. So classic. Courtesy: nba.com

The top team in the Eastern Conference needs uniforms? Hear me out on this.

Atlanta has a great uniform history. Many forget that prior to the legendary uniforms Dominique Wilkins rocked, the Hawks made lime green and blue look cool before the Seattle Seahawks did. Nowadays, Atlanta’s uniforms are very “meh.” There isn’t much to get excited about. The navy blue, red and silver look is used by so many teams that it really doesn’t leave much room for creativity.

The Hawks have been labeled “Spurs East,” hiring long time San Antonio assistant coach Mike Budenholzer last year and now owning the best record in the Eastern Conference. The Spurs display very unique, yet very simple uniforms that are synonomous with that franchise. The Hawks need the same thing. In fact, the Hawks had the same thing.

Recommendation: Go back to what worked. Create a modern version of the Wilkins uniforms. Or, go all out and bring back a newer version of the lime green and blue uniforms.