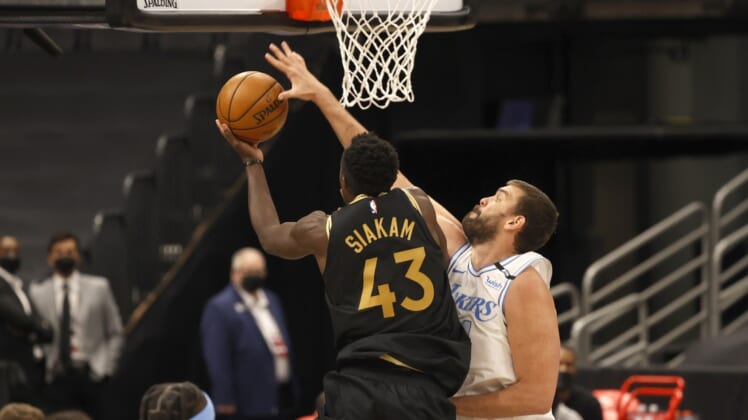 Bembry, VanVleet and Horton-Tucker each were penalized for leaving the bench area.

The incident occurred with 2:24 left in the first quarter in the Lakers’ 110-101 win over the Raptors on Tuesday at Amalie Arena in Tampa.

Anunoby was fined $30,000 for initiating the incident by grabbing the leg of the Lakers’ Dennis Schroder and flipping him, which led to a skirmish. Anunoby received a technical foul and was ejected, as did Harrell, who was fined $20,000 for his shove of Raptors guard Gary Trent Jr.

Bembry will serve his suspension Thursday night when the Raptors host the Chicago Bulls. VanVleet will sit out when he returns from injury. Horton-Tucker won’t play Thursday when the Lakers play the Heat in Miami.