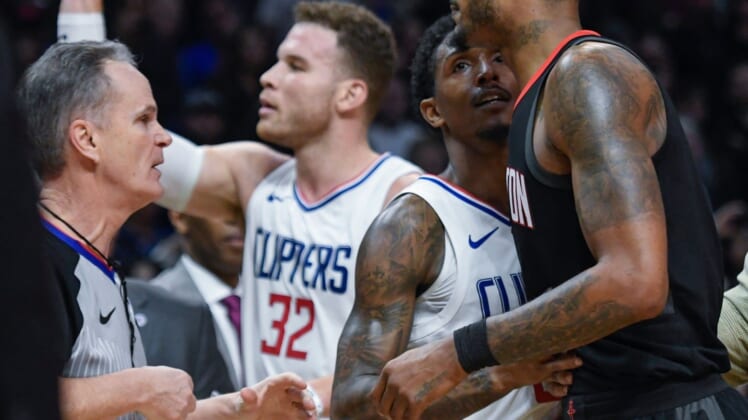 The NBA has reportedly decided to suspend Houston Rockets players Trevor Ariza and Gerald Green two games each for their involvement in a post-game scuffle with the Los Angeles Clippers on Monday night.

The story is by now well known. Several Rockets players attempted to get into the Clippers’ locker room after the game before being turned away by security. It led to the LAPD being called to the scene. Said players were apparently intent on going after Clippers teammates Austin Rivers and Blake Griffin.

Despite also being involved in the altercation, it doesn’t look like Griffin himself is being disciplined by the league.

This will sure lead to debates around the NBA world. After all, both Chris Paul and James Harden were spared from suspension after also being involved in the near fight.