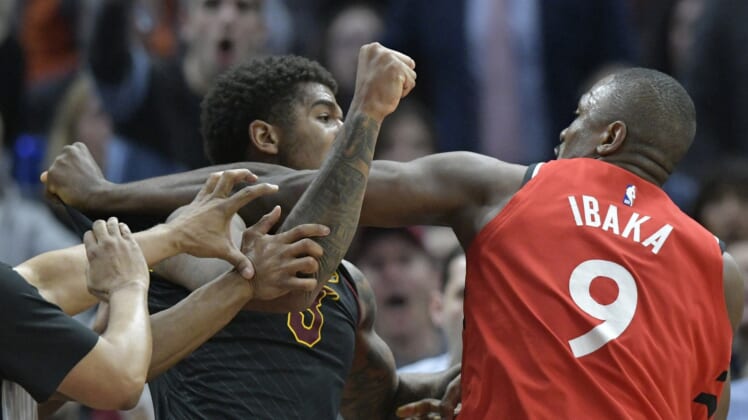 Late in the third quarter, the two got tangled up. It resulted in Ibaka throwing punches in Chriss’ direction before Chriss responded in kind. At that point, Ibaka put the Cavs’ forward in a stranglehold. Both were ejected form the game (watch here).

One day after the fact, the NBA has responded by suspending Ibaka three game games.

Sources: Toronto’s Serge Ibaka has been suspended three games by NBA for altercation with Cleveland’s Marquese Chriss. Chriss was suspended one game.

This is pretty much your standard suspension for something of this ilk. Though, it could impact Toronto down the stretch as it vies with Milwaukee for the top seed in the Eastern Conference.

Ibaka, 29, was just reinserted into the starting lineup. He’s averaging a career-best 15.1 points to go with 8.1 rebounds on the season.

For his part, Chriss gets a one-game suspension. That’s also standard, especially given his role in the fight.