NBA sets key dates for ramp-up to resumption of season 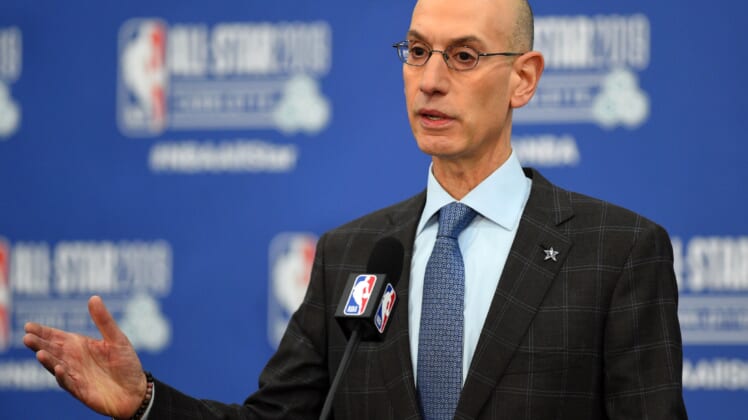 Everything is starting to come together for the resumption of the 2019-’20 NBA season at Walt Disney World in Orlando, Florida. Now with key dates for the offseason set, the NBA has announced its ramp-up schedule before games can resume.

When can NBA players report for practices?

In a memo on Saturday, obtained by ESPN’s Adrian Wojnarowski, the NBA informed teams of its new schedule and protocols for when players and coaches can report to facilities.

On Tuesday, the NBA will allow for a maximum of 10 coaches and four players to be working at the team’s facilities at any given time. Moving forward, the NBA has set several key tentative dates for teams to follow before the season resumes.

After July 9, barring a COVID-19 outbreak among players or even greater issues in Florida, all 22 teams will travel to Orlando for a full training camp in preparation for the season.

When will the NBA season start?

The resumption of the 2019-’20 NBA season will start on July 30 in Orlando. All 22 teams will take part in an eight-game schedule to help finalize playoff seeding.

If a team is within four games of the No. 8 seed, the NBA will hold a play-in tournament on Aug. 15 and 16 to determine who gets the final playoff spot. The NBA Playoffs will then begin on Aug. 17.

Once the NBA season is over and a champion is crowned, the league will move almost immediately into the offseason. The 2020 NBA Draft will be held on Oct. 16 with the free-agency period beginning shortly after.