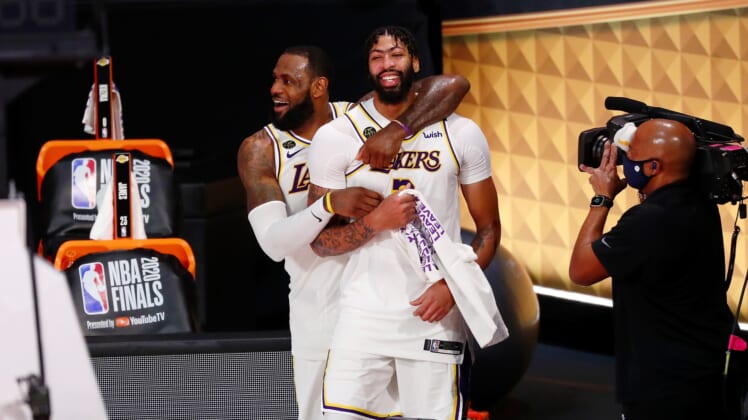 Anthony Davis forced a trade to the Los Angeles Lakers intending to win an NBA championship. With an NBA ring now on his resume, the All-Star forward is reportedly set to make a big decision this offseason regarding his future in Los Angeles.

According to The Athletic’s Shams Charania, Davis intends to exercise the opt-out clause in his contract and will turn down the $28.7 million player option for the 2021 season. Once he becomes a free agent, the 27-year-old plans to re-sign with the Lakers.

Coming off a disastrous economic season for the NBA, which saw the league lose over $1 billion in revenue, the salary cap for next season is expected to take a hit. However, with an opportunity to make even more money on a multi-year extension, Davis will weigh multiple possibilities with the Lakers.

No matter what, Davis is expected to remain in Los Angeles. The pairing with LeBron James has worked out perfectly, already bringing the title back to the city.

While Davis is the priority this offseason, the Lakers will need to fortify their bench before next season. With Kentavious Caldwell-Pope, Rajon Rondo, Markieff Morris and Avery Bradley all free to hit the open market, Los Angeles will be busy this offseason.

The Lakers have a good chance to head into 2021 with the same cast of talent that won an NBA championship in the bubble. Los Angeles will also have the No. 28 overall pick in the 2020 NBA Draft, a potential asset to shop around the league in a trade.