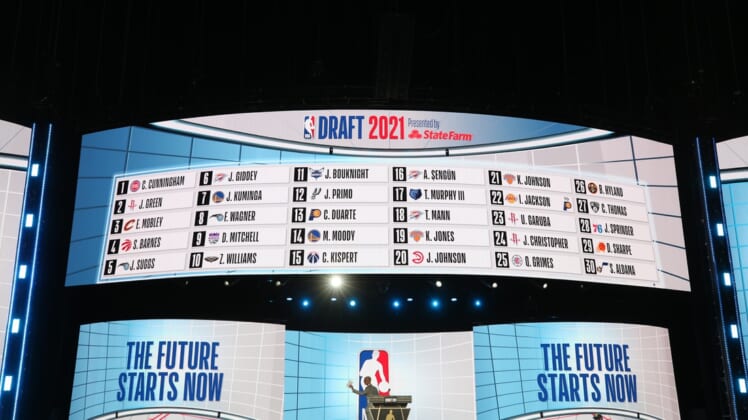 The NBA on Monday settled four tiebreakers among playoff participants to help determine some of the order for the 2022 NBA Draft, to be held June 23 at New York.

A third-party accounting firm was hired to oversee the process, which involved nine teams and was done by random drawing.

The Chicago Bulls and Minnesota Timberwolves tied with identical 46-36 records, with the Bulls winning the tiebreaker that will allow them to select first among the two teams. The Toronto Raptors won their tiebreaker with the Denver Nuggets, after both teams finished 48-34.

The final duo to finish with the same records were the Miami Heat and Golden State Warriors at 53-29, matching for the third-best finish in the NBA. The Heat won the tiebreaker to select ahead of the Warriors.

Still left to decide is the order of the NBA Draft Lottery, which includes 13 of the 14 teams that did not advance to the playoffs. The Oklahoma City Thunder have two lottery spots in the upcoming draft after a previous trade with the Los Angeles Clippers. The lottery portion of the draft order will be decided May 17.

The 2022 NBA Draft will take place at Barclays Center in Brooklyn, home of the Nets.