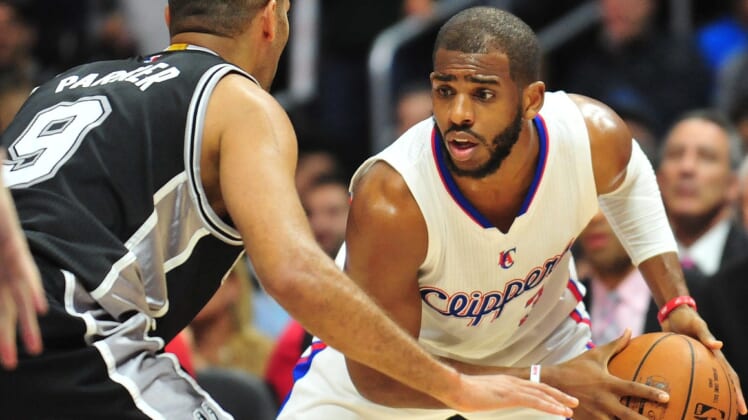 Huge NBA news broke Wednesday morning when Adrian Wojnarowski reported a Chris Paul trade to the Houston Rockets. Twitter obviously went bonkers, and everyone had an opinion on the matter, including Paul’s NBA peers.

Here are some of the best reactions from players around the Association.

My brother off to a new journey! Best of luck @CP3!! H-Town y'all got a great one coming to your city. #BrotherHood??

When friends of mine are happy then I'm equally as happy for them. Congrats to my brother @CP3 on choosing his own direction. #Brotherhood

Football might be GOD(not literally) NBA offseason is number 1!!!!!

What's going on NBA world lol? I finish a workout and CP a rocket ?

Cp3 to Houston Wow. I seen the plot .. John wick

Not sure about cp3 playing with Harden !

Former NBA big man Chris Taft, along with Jay Williams, asked the questions we were all thinking.

. @CP3 & @JHarden13 sounds great but who dominates the ball. Harden needs to the ball for his rythym. Blake & DeAndre are next to leave.

Patrick Beverly, one of the Houston Rockets players moved to Los Angeles in the trade, issued an emotional statement after the news broke.

Needless to say, this trade invoked some varied responses around the league.

We really do wonder if this trade will in any way affect the balance of power in the west. The Rockets were hell bent on changing their fortunes after falling to the San Antonio Spurs in the playoffs this past year. Does Paul give them enough to overcome the Spurs and Golden State Warriors? Probably not.