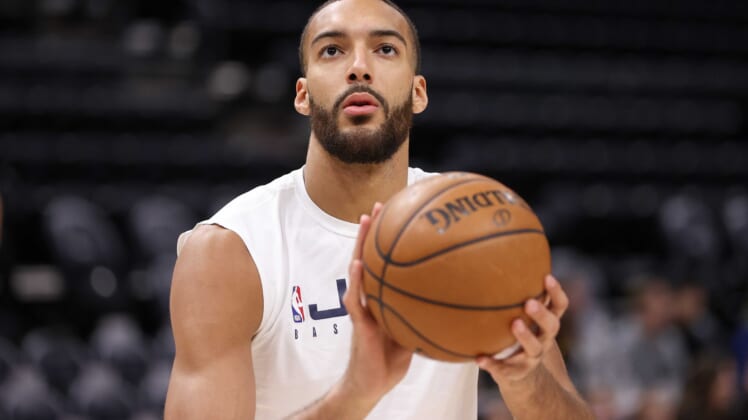 The NBA is taking its time putting a plan together to resume the season amid the COVID-19 pandemic. Still without a timetable for a return, one key hurdle has helped keep the league from bringing basketball back in the immediate future.

There are plenty of issues the NBA must solve before players can return to the court this year. The biggest is the lacking of COVID-19 test kits available across the country, an issue that even the NBA’s money can’t solve.

League officials also don’t want to take away testing kits from the general public, which has a far greater need and should be considered the top priority when more tests become available. When there is an abundance of testing kits for the coronavirus, though, the league is expected to need around 15,000, per ESPN’s Adrian Wojnarowski.

The NBA’s estimate is projected for its plan to resume and complete the 2019-’20 season, in addition to a standard playoff that includes seven-games series. Given the league’s plan for a return would take place in Las Vegas and Florida, officials want to make sure there are enough tests in those areas before securing a supply for every team with plans to test players and staff regularly.

Dallas Mavericks owner Mark Cuban recently announced that his team wouldn’t return to practicing at their facilities due to a lack of COVID-19 testing kits. While the NBA permitted teams to seek an exemption from community officials to buy testing kits, that will be allowed on a case-by-case basis depending on the quantity of tests in each city.

For now, NBA fans will have to wait even longer for basketball to return. Adam Silver told players on Friday that the league could wait until June to make a final decision on resuming the season and even if it does, there will be significant changes.