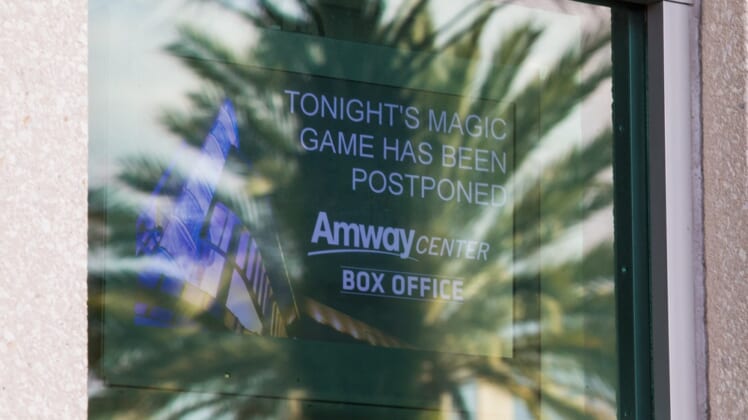 The 2019-20 NBA season came to an abrupt halt nearly a month ago after Utah Jazz star Rudy Gobert tested positive for COVID-19.

There’s little expectation that the season will resume any time soon with the pandemic plaguing the United States right now. If it does, the NBA is looking at Las Vegas as an option with no fans in attendance.

According to ESPN’s Baxter Holmes, the NBA and players’ union are also looking at the possibility that rapid COVID-19 tests could help the Association resume its season. The results would come back within the matter of minutes and would enable teams to know whether a player is infected ahead of a game taking place.

“Multiple league sources close to the situation said the league and players union have been looking at what those familiar with the matter describe as “diabetes-like” blood testing in which someone could, with the prick of a finger, be tested quickly, and results could be gained inside of 15 minutes,” the report read.

Given that tests are already at a premium in the United States right now, we’re not too sure how realistic the plan is. Though, there have been companies developing these rapid tests.

As it relates to the NBA, there’s no current timetable when it comes to finding out the efficiency and results of said tests. That could further place into question when or if the Association returns to action.

“The league sources stressed that this matter is in the exploratory phase and that there is no clear timetable as to when the efficaNcy of any such device might be proven,” Holmes’ report continued. “They also stressed that advances in science and medicine are proceeding at a rapid pace, with collaboration across borders, which offers hope that breakthrough solutions could be possible much sooner than later.”

It’s certainly something to keep an eye on as sports continue to be in a holding pattern.