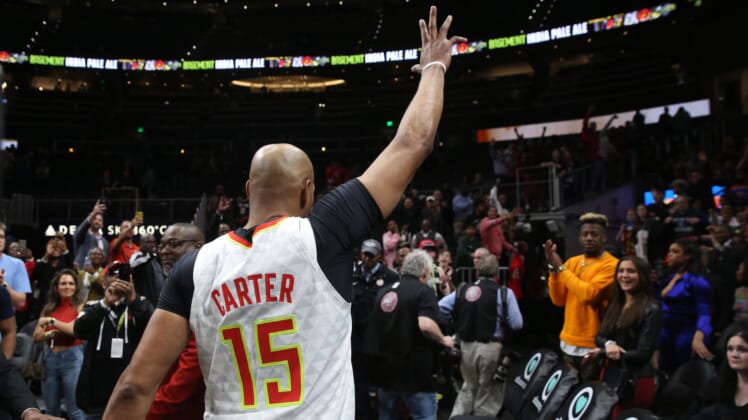 The NBA world was thrown for a loop Wednesday evening when the league suspended its season after Utah Jazz star Rudy Gobert tested positive for coronavirus. It was a scary moment for the basketball world.

The backdrop here was future Hall of Famer and current Atlanta Hawks wing Vince Carter potentially playing in his final game. Carter was subbed in late during Atlanta’s loss to the New York Knicks. He hit a three-pointer in the process. It was a sight to behold.

Carter, 43, announced ahead of the season that he was likely to retire after 22 years in the NBA. As respected as any other player in the modern history of the game, Carter received some praise around the league following the game.

That includes NBA champion Richard Jefferson, who posted a heartfelt message to Vincanity on Instagram.

That’s some pretty awesome stuff right there. Jefferson also isn’t wrong. Carter did in fact change the game. Comparing him to Curry makes a lot of sense.

When he entered the NBA back in 1998, the dynamics of the league were indeed changing. Michael Jordan had just retired. Kobe Bryant had just entered the NBA as a teenager. Meanwhile, LeBron James was just 13 years old and yet to become a household name.

An NBA devoid of star power turned to Carter and his ability to rock the rim. Whether it was during games or the Slam Dunk Contest, he awed onlookers.

Jefferson makes that point in more ways than one. Tell me he’s wrong.