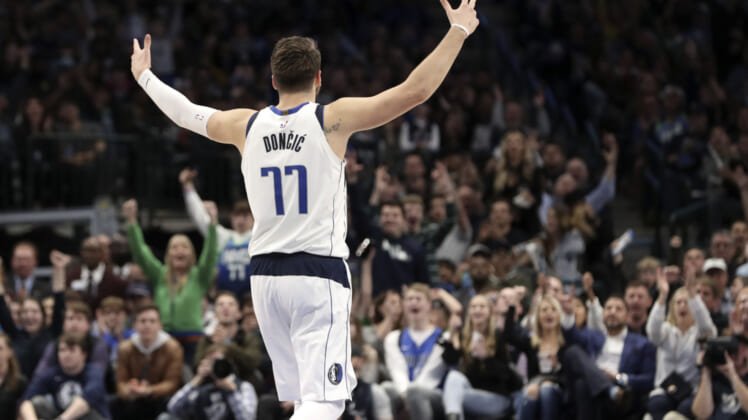 Future Hall of Famer Dirk Nowitzki is widely considered one of the best foreign-born players in NBA history. Without question, he’s the greatest player in Dallas Mavericks franchise history.

That’s until we get an opinion from NBA logo himself and Hall of Famer Jerry West.

The current Los Angeles Clippers advisor just recently called Luka Doncic a “genius” in talking to Kevin Sherrington of The Dallas Morning News. In an extended display of praise, West went as far to say that Doncic will be better than Dirk.

”Look at Dallas,” West said. “One player has transformed them into a playoff team. He will be the best player Dallas has ever had. I have great respect for Nowitzki, but Dirk is not him.”

That’s pretty amazing praise for a player that entered this weekend’s action having played a grand total of 102 regular-season games. After all, Dirk played 145 playoff games during a brilliant career that spanned 21 seasons and three decades.

Though, it’s hard not to fall in love with the player Doncic has become in the short time since entering the NBA last season.

When Mr. West talks, it makes sense to listen. In addition to being one of the greatest players of all-time, he helped build championship teams as a front office juggernaut with both the Lakers and Warriors.

”I’ve been around a long time,” West continued.” And I’ve seen a lot of special players. How many superstars are there in the league at any given time? Maybe five or six. There’s a difference between All-Stars and superstars.A superstar is different, and that’s what he is.”

West isn’t wrong here in that Doncic is doing stuff at his age we have not seen since LeBron James himself.