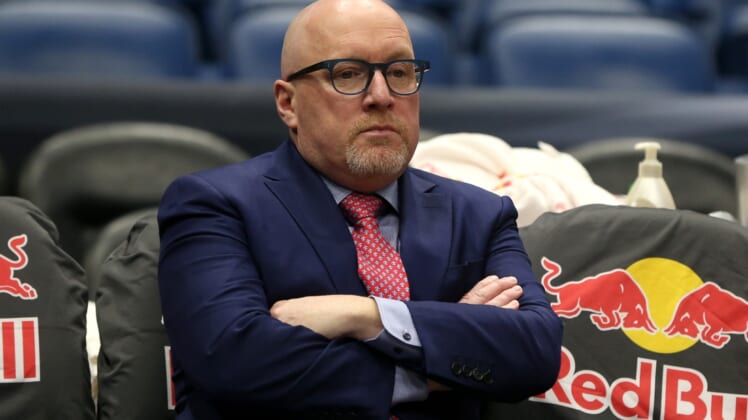 The league announced the fine Sunday. Griffin made his comments Friday after the team said Williamson had a fractured left ring finger and would be out indefinitely.

“We told the NBA through every means available to us … that the way they were officiating Zion was going to get him injured,” Griffin said. “Quite frankly, he’s injured because of the open season that there’s been on Zion Williamson in the paint. He has been absolutely mauled in the paint on a regular basis to the point where other players have said to him, ‘I’m going to keep doing this to you’ because they don’t call it. There is more violence encouraged on him in the paint than any player I’ve seen since (Shaquille O’Neal). It was egregious and horrific then. The same is true now.”

Williamson sustained the injury during the Pelicans’ 108-103 win over the Golden State Warriors on Tuesday night.

He has been dominant near the basket, leading the league with an average of 20.3 points per game in the paint. Two-time MVP Giannis Antetokounmpo is second with 16.5.

The Pelicans (30-37) are in 11th place in the Western Conference with five games to play. They are two games behind the San Antonio Spurs for a spot in the play-in tournament. New Orleans will visit the Charlotte Hornets on Sunday night.