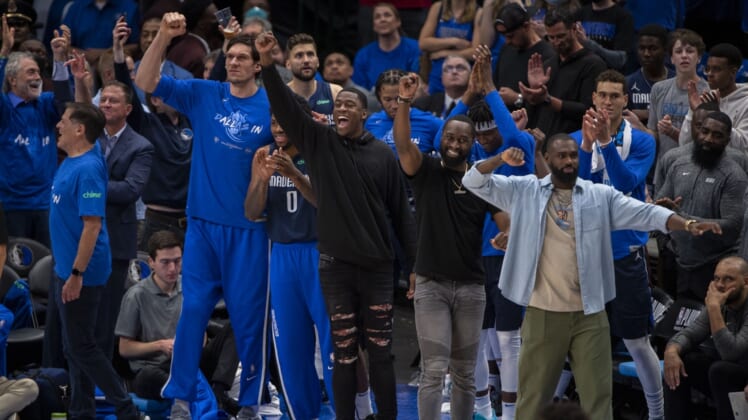 The Dallas Mavericks were fined $25,000 by the NBA on Friday after being declared in violation of “rules regarding team bench decorum” during Wednesday’s playoff loss against the Phoenix Suns.

The punishment was announced by the NBA president of league operations Byron Spruell.

The league said numerous players along with one member of the Dallas coaching staff failed to follow protocols and remain in designated bench areas during the Suns’ 129-109 win in Game 2 in Phoenix. Per the league, the guilty group “stood away from Dallas’ team bench and were on or encroaching upon the playing court during game action.”

With the loss, the Mavericks trail their Western Conference semifinal series 2-0 with Game 3 to be played Friday night in Dallas.