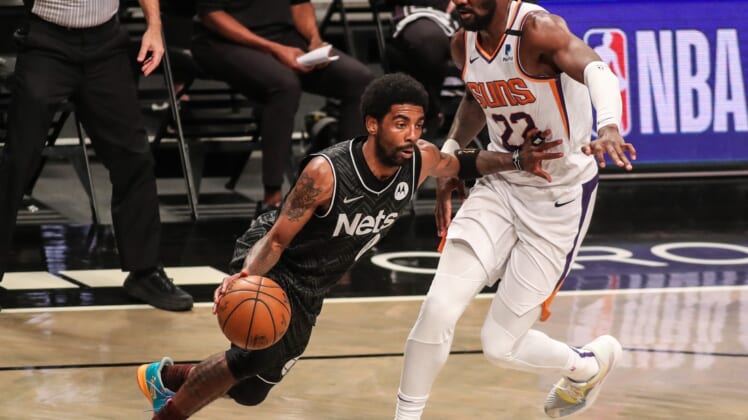 The NBA fined guard Kyrie Irving and the Brooklyn Nets $35,000 each for violating league rules about interview access.

“The fines result from Irving’s repeated refusal to participate in team postgame media availability,” the league said in a release.

Irving was also fined $25,000 during the preseason for refusing to speak with the media, which athletes in both the NBA and other professional leagues are obligated to do.

At the time, Irving held his ground, responding with a social media post that ended with the line, “I do not talk to Pawns. My attention is worth more.” Eventually, he relented and began to speak with reporters, for a time.