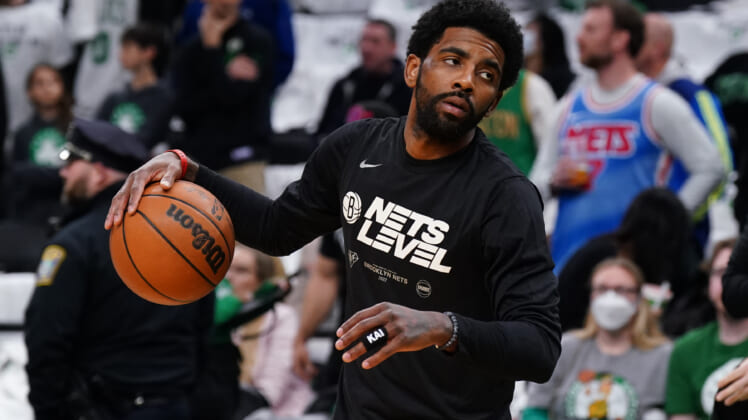 Everyone already has formed their opinion about Brooklyn Nets star point guard Kyrie Irving, but just in case there were a few in Boston who couldn’t make up their minds about the one-time Celtic, the former NBA Champion gave fans two more reasons to be upset. In response, the Association has provided the seven-time All-Star with 50,000 reasons to be bitter.

Heading back to the TD Garden for just the second time this season, Irving put on an absolute show, scoring 39 points on just 20 shots. But those 20 shots weren’t all he had for the crowd in attendance. Irving, facing a slew of insults from the locals, also threw up two middle fingers directed at the crowd, which was his way of responding to the verbal onslaught.

Of course, the Celtics got the last laugh, when Jayson Tatum hit the game-winning shot, giving fans even more ammo for Game 2, which is also located in Boston.

Because he decided to send Double Boston Birds to the crowd, the NBA has announced a $50K fine for Irving’s actions. My guess? He couldn’t care less about this infraction. His fun was had during the game. Boston’s fun was had during, after, and will likely pick up where they left off in Game 1 once the game tips off at 7 PM ET on Wednesday.