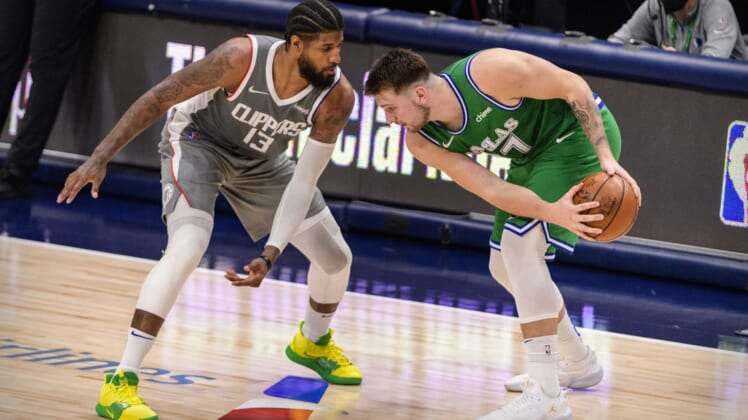 George made his comments on March 17, following the Clippers’ 105-89 loss to the Dallas Mavericks on Wednesday.

After scoring 28 points against Dallas, George told the media he wondered why the Clippers shot just 11 free throws on the night and said he wanted the league to review the game. He also characterized conversations he had with officials as “just a bunch of lies.”

“We’re putting a lot of pressure at the rim, it’s insane that we’re not getting these calls,” George said. “But it is what it is, it’s nothing new to me. Hopefully we’ll send a bunch of clips in. League’s gotta take a look at this.”

The Mavericks didn’t get many calls, either. They shot from the foul line just 12 times.