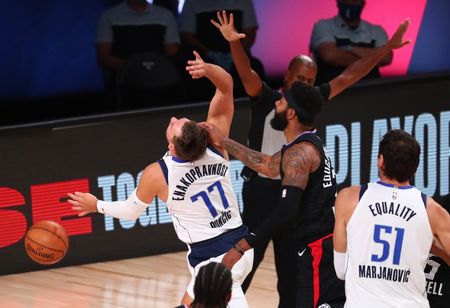 The league also fined Doncic $15,000 for throwing the basketball off the legs of an official during the same game on Sunday.

Morris was assessed a flagrant-2 foul and ejected for his incident, which occurred with 1:07 left in the first quarter of the Clippers’ series-clinching 111-97 win in Game 6 in the NBA bubble near Orlando.

The amount of the fine was based on several prior disciplinary measures against Morris, according to a statement released by NBA executive vice president of basketball operations Kiki VanDeWeghe.

Doncic was whistled for a technical foul after throwing the ball, which happened with 8:20 remaining in the third quarter.

The Clippers advanced to the Western Conference semifinals and will face the Denver Nuggets, with Game 1 set for Thursday night.