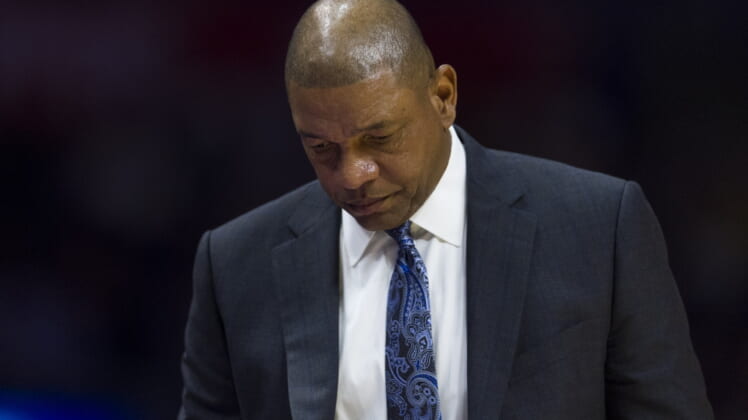 Former Los Angeles Lakers president Magic Johnson isn’t the only high-profile Southern California basketball figure that has found himself in trouble with the NBA for tampering.

The fine stems from a recent appearance on ESPN in which Rivers incidated that Leonard is the closest current player to former Chicago Bulls star Michael Jordan.

We’re not exactly sure where the NBA is drawing the line when it comes to potential tampering. Rivers was asked to be a guest analyst on ESPN. The conversation turned to Leonard. He responded accordingly.

In any event, the NBA is coming down pretty darn strong on any potential tampering allegations. With the Clippers favored to land Leonard in free agency, that was apparently magnified further here.