NBA Finals ratings up, but still shy of pre-pandemic levels 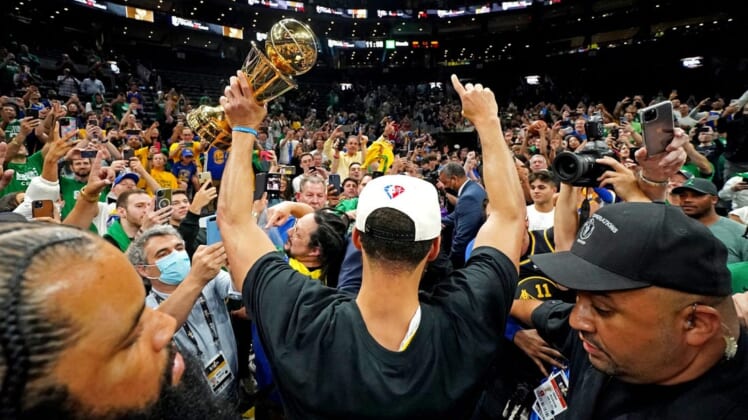 Viewership of the NBA Finals went up compared to the last two years, but has yet to attain the number of viewers it did prior to the COVID-19 pandemic, according to Sports Business Journal.

But prior to the pandemic, at least 15 million viewers per game tuned in to the Finals from 2013-19. Outside the two seasons affected by the pandemic, this year’s was the least-watched since 2007, when the Spurs swept the Cavaliers, a series that averaged just 9.3 million viewers.

There were at least 17 million viewers in four of the last five Finals in which the Warriors appeared in. The second-lowest audience for a series that featured Golden State was back in 2019, where the Raptors defeated the now-defending champions in six games.

Game 6 of this year’s Finals brought in almost 14 million viewers. The clinching game between the Bucks and Suns, which was also a Game 6, brought in 12.5 million, while Game 6 of the series between the Lakers and Heat amassed 8.3 million.

Even though the Finals are still trying to recover from the pandemic in terms of its viewership, this year’s championship series did average its highest share of the U.S. television audience since 2017.