NBA Finals: Now in Control, Can Warriors Close Out LeBron and Company?

For a while on Sunday night it looked like the Cleveland Cavaliers were going to steal a game in Oakland for the second time in the NBA Finals. League MVP Stephen Curry was sitting for the Golden State Warriors to start the fourth quarter. This helped LeBron James and company retake the lead with under nine minutes remaining in the game.

Then something happened. Something that most of us have been waiting for the entire series.

Curry went off, scoring 17 points in the last 8:45 of the game to give the Warriors the win and a 3-2 series lead. It simply can’t be overstated just how important Curry’s 37-point performance, and the Warriors win was. 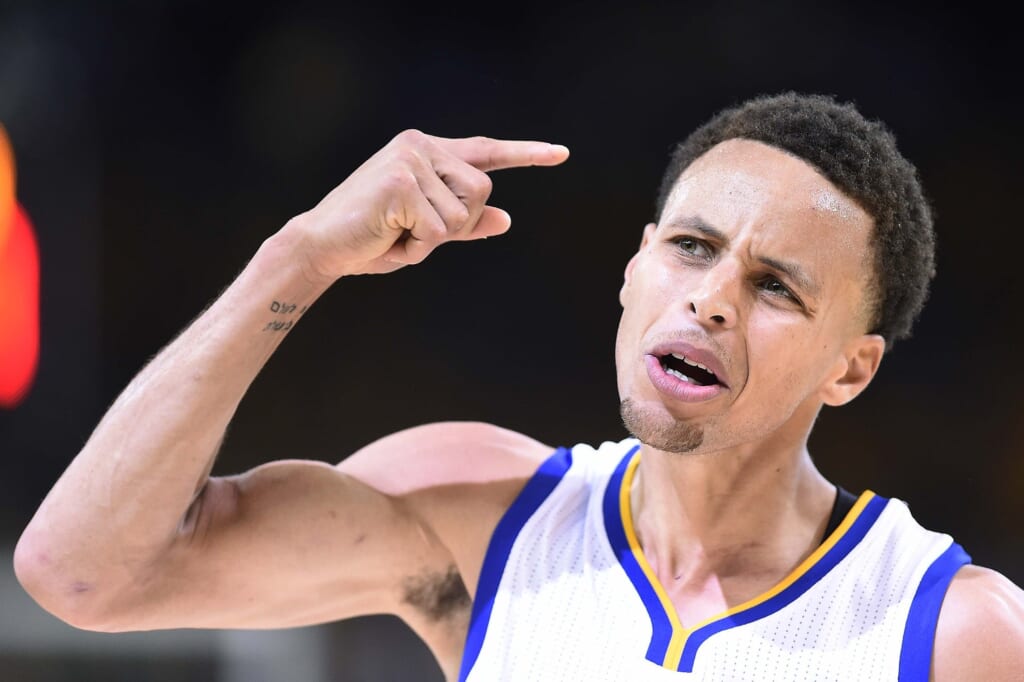 Courtesy of USA Today Sports: Curry’s fourth quarter performance in Game 5 was one for the ages.

The team up 3-2 in a best of seven NBA Playoff series has won 85 percent of the time. Even more than that, teams controlling home-court in this scenario have won 92 percent of the time. Considering the Warriors are now 48-4 at home on the year, those odds might even go up a bit more.

With Game 6 slated for Tuesday night in Cleveland, the Warriors have an opportunity to close out the series on the road to earn their first championship in four decades. If the Cavaliers are able to force the series to Game 7, the two teams will match up in that do-or-die game Friday night in Oakland.

Now that everything is on the line, can Golden State overcome what has been a tremendous series by LeBron James to earn that elusive title?

The biggest question here is what’s left in the tank for either team. James played all but three minutes on Sunday night and is averaging a ridiculous 46 minutes per game. Meanwhile, Matthew Dellavedova looked absolutely exhausted after playing 42 minutes in the Game 5 loss. With just one day of rest before Game 6, it’s hard to imagine that the Cavaliers will be anywhere near close to rested when Tuesday night comes calling. Considering head coach David Blatt shortened the team’s bench even more on Sunday by benching Timofey Mozgov early in Game 5, this is a real concern for the Eastern Conference champs.

Though, it must be noted that the Warriors aren’t immune from exhaustion here. They have played 102 games thus far this year, and it started to show following Sunday’s win. Stephen Curry fell ill with dehydration after his amazing performance Sunday night:

Stephen Curry is in the training room with his mom and wife after feeling ill. He was doubled over in the hall like he was going to vomit

For all the talk regarding James’ minutes, Curry hasn’t exactly seen a lot of rest in the series. The MVP has played an average of just three minutes less per game than James in the Finals. Not showing any real fatigue during Game 5, Curry was on his game big time. He’s going to need to overcome his recent bout with dehydration if the Warriors are going to pull off a win on Tuesday and end the Finals right there.

Steve Kerr’s decision to tweak the Warriors lineup also came into play big time on Sunday. A game after Kerr made the decision to sit Andrew Bogut in favor of Andre Iguodala, David Blatt attempted to match Golden State’s small-ball mentality by benching Timofey Mozgov in favor of J.R. Smith. This came a game after the center scored 28 points in a 21-point home loss to the Warriors.

While people will second guess Blatt for this decision, what other option did he have? After all, Cleveland put up one of the worst home performances in Finals history in Game 5 with Mozgov having a career performance. 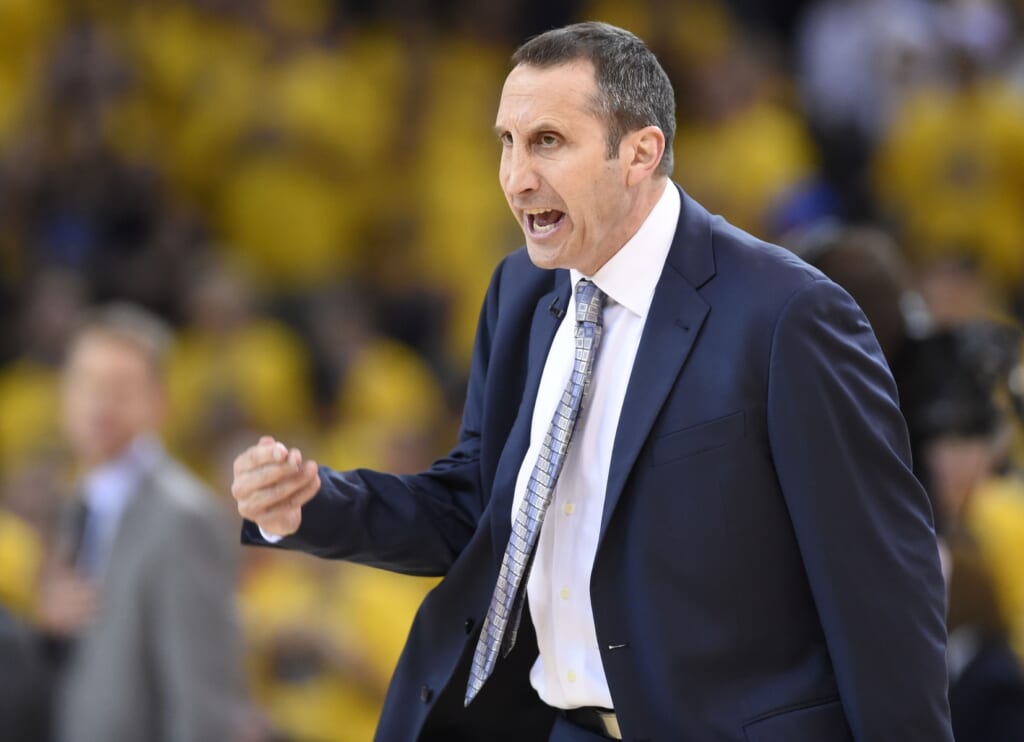 Courtesy of USA Today Sports: Criticism of David Blatt might be unfair, but what adjustments does he have left?

How Blatt responds to criticism and handles his lineup in Game 6 will play a big role here. Will he go back to his normal lineup and attempt to destroy a small Warriors team on the boards and in the low-post, or will he continue to play small-ball? It really is a no-win situation for the first-year head coach.

Cleveland’s biggest issue moving forward is what it is asking of James. What more can he possibly do in an attempt to bring a title back to the city? The four-time MVP is averaging 36.6 points, 12.4 rebounds and 8.8 assists per game in the series. He accounted for 47 percent of the team’s field goals and 65 percent of its assists in Game 5. Heck, the Cavaliers lost a game that James went for a 40-point triple-double by double digits. How does that even happen? There is simply nothing else the Cavaliers can ask of their star.

This all seems to indicate that Golden State will go into Cleveland and hoist the Larry O’Brien trophy when all is said and done on Tuesday night. Everything seems to be trending in the team’s direction. It’s now all about the Western Conference champs proving they have enough left in the tank to get the job done.