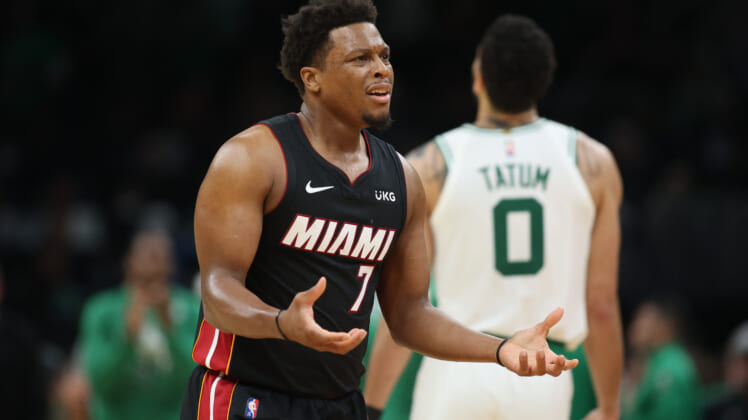 The Miami Heat had an absolutely disastrous performance against the Boston Celtics in Game 4 of their NBA Eastern Conference Finals series. It was a showing that ESPN’s NBA expert Jay Williams called one of the most “embarrassing” in NBA playoffs history.

The Heat entered Monday night’s game with the chance to take a commanding 3-1 lead in their best-of-seven series, and go back to Miami looking to finalize their berth in the league finals. However, they will instead return home hoping they don’t lose a second straight to the Celtics and head into an elimination game later in the week.

From the outset of the Heat’s 20-point drubbing to the Celtics, they just did not look good. However, what made their performance Monday all the more shocking, was the terrible play of their starting unit. After just one-quarter of play, the team found themselves down by 19 after they were able to put up a pathetic 11-points over 12 minutes of action.

After 48 minutes, the quintet of superstar Jimmy Butler, Kyle Lowry, PJ Tucker, Bam Adebayo, and Max Strus had a combined18 points and the entire squad could only muster 82 points overall. A shocking number from a team that won 53 games and finished with the best record in the conference.

The Miami Heat’s putrid performance was of such epic levels that ESPN NBA analyst Jay Williams couldn’t help but call it the worst he had ever seen in his entire, during a Tuesday edition of ESPN’s “Keyshawn, JWill & Max.” 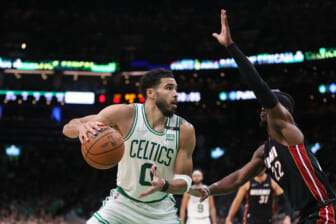 “It’s one of the historically poorest performances from starters that I’ve ever seen in an NBA playoff game. Ever, in the history of the playoffs,” Williams said. “I’ve been watching the playoffs since ’89. I’m sure if you wanna go back you can find worse losses, but in the first half, the starters combined for 12 points. [Celtics guard] Derrick White almost outscored the starters for the Miami Heat in the first half.

“They combined for 18 throughout the course of the game. Two starters had [zero]. So when you look at this, 11 points in the first quarter is the lowest in franchise history,” he added. “When I tell you all the records that were broken last night for the Miami Heat in the opposite direction of a poor performance, it was embarrassing last night.”

Obviously, there have been worst showings in the NBA Playoffs. The Jazz against Portland in Game 6 of their 1998-1999 season is one example. However, there is no doubt that the Heat’s performance stands out more than most because of the outstanding coaching staff they have and the leadership of Jimmy Butler makes that showing downright unbelievable to see.