NBA executives: Andre Iguodala will end up with the Lakers 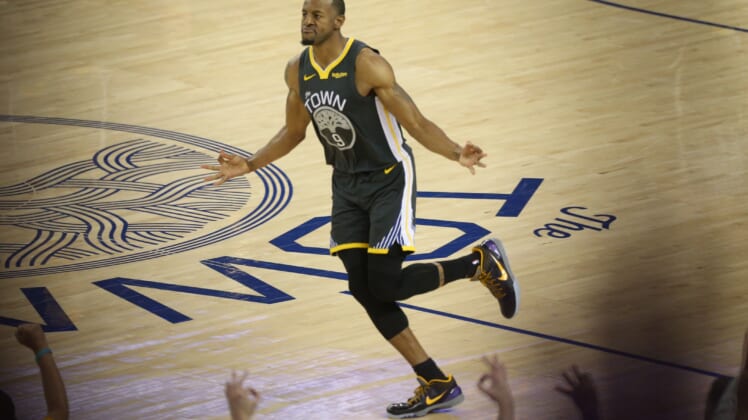 Former NBA Finals MVP Andre Iguodala is wasting away with the Memphis Grizzlies after being traded by the Golden State Warriors this past summer.

Iggy, who earned five consecutive trips to the Finals with Golden State, had to be moved to make room under the cap for D’Angelo Russell.

The former NBA Finals MVP has not suited up for the Grizzlies and remains away from the team. He’s looking for a buyout, but Memphis wants assets in a trade.

Largely linked to the Los Angels Lakers, this one report from David Aldridge of The Athletic notes that several NBA executive believe Iguodala will ultimately land in Southern California.

“I posed this question to multiple NBA executives Monday and Tuesday morning,” the report noted. “Not all of them answered. But of those who did, every single one of them said the Lakers.”

Iggy to the Lakers makes a lot of sense. They could use a reserve wing that still plays at a high level defensively. Even during a down 2018-19 season with Golden State, Iguodala was elite on that end of the court.

There’s still a lot of hashing out to do here. Los Angeles doesn’t have the cap room or draft-pick assets to acquire Iggy in a trade after picking up Anthony Davis and a number of other players during the summer.

Currently boasting the best record in the NBA at 6-1, the Lakers qualify as a title contender. It’s the type of team that makes sense for Iggy.