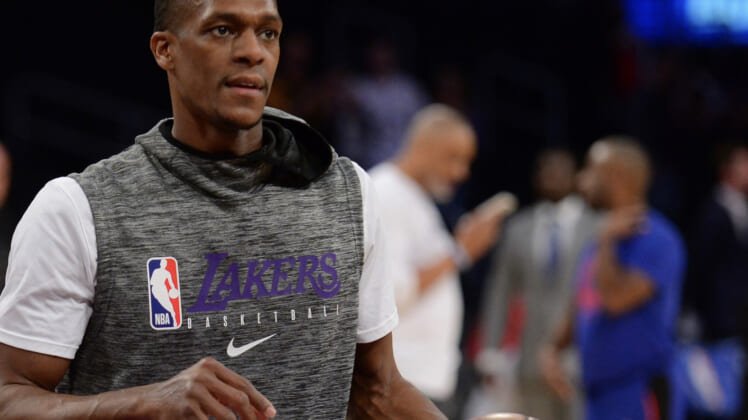 The rumors mill is swirling around the NBA with the trade deadline just about a month away. This has included the Western Conference’s best team in that of the 27-7 Los Angeles Lakers.

According to Eric Pincus of Bleacher Report, there’s at least one NBA executive who doesn’t believe veteran guard Rajon Rondo is the answer at point guard, and that the Lakers must make a move.

“The Lakers need another playmaking guard. Rondo’s not what he used to be. The ball sticks with him, and he doesn’t defend anymore,” one Eastern Conference executive said,” the report read. “They need another point guard to help LeBron. If they’re going to make a trade, that’s what they need to target.”

Kyle Kuzma has been bandied about as potential trade bait. Given the Lakers’ lack of draft pick assets and cap room, that makes the most sense.

Veteran Darren Collison recently announced he’s returning to the NBA after an abrupt retirement during the summer. There’s potentially other options out on the market, as well.

Rondo, 33, is averaging just 7.4 points and 5.4 assists on 41% shooting from the field. He’s also seen a major downtick in production on defense.