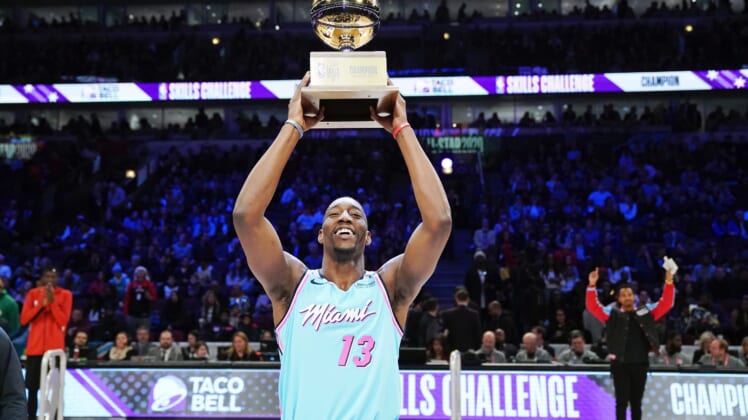 Miami Heat star Bam Adebayo stunned everyone when he beat out the likes of Patrick Beverley, Jaysom Tatum and Paskal Siakam to win the Taco Bell Skills Challenge Saturday night.

Bam Bam was electric from start to finish, beating Domatas Sabonis in an all-bigs finals that had the crowd in Chicago on its feet.

The Skills Challenge was a fun event because out of the eight contestants only big men advanced past the first round. And these dudes showed off some serious skills that really puts a spotlight on how the league has evolved with skilled big men replacing the monster in the middle.

As Adebayo’s victory made its way around social media, the NBA community shared its appreciation for his performance.