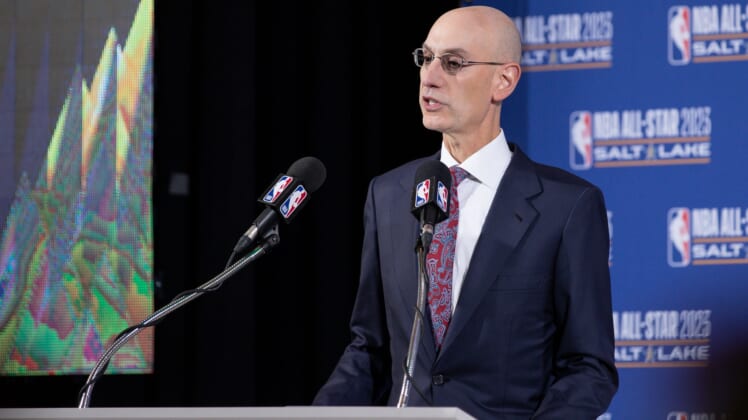 The NBA Board of Governors held a two-hour meeting Friday afternoon to discuss details pertaining to a resumption of the suspended 2019-20 season.

There’s nothing concrete at this point. A full plan is expected at some point within the next week. Though, NBA Commissioner Adam Silver did set a target date of July 31 to resume the season.

This makes sense in that it would take a three-week training camp for players to get back into shape. At this point, team facilities have opened with strict social-distancing protocols amid the ongoing pandemic. Said protocols would have to be loosened in order for camps to even start up.

Though, this is the first time we’ve heard a concrete date as it relates to the resumption of a season that has been suspended since back on March 11.

The NBA also discussed four different competition scenarios for the return to the season, per The Athletic’s Shams Charania.

At this point, a majority of NBA general managers back an expanded playoff field with at least a few regular-season games before the start of the playoffs.

It sure looks like the plan is coming together.