Navy offers reprieve to one coach, another out over lack of vax

Nov 28, 2020; Annapolis, Maryland, USA; A general view of the Navy Midshipmen logo on a water tower near the stadium is seen before the game between the Navy Midshipmen and the Memphis Tigers at Navy-Marine Corps Memorial Stadium. Mandatory Credit: Scott Taetsch-USA TODAY Sports

The United States Naval Academy football program has endured a wild couple of days of coaching drama following a 23-3 loss to Air Force on Saturday.

Navy fired longtime offensive coordinator Ivin Jasper, reinstated him in a reduced role, and had another assistant coach — Billy Ray Stutzmann — allege that he was let go for refusing to take the COVID-19 vaccine.

Over the weekend it was revealed that Navy athletic director Chet Gladchuk had fired Jasper after the poor performance against the Falcons on Saturday. Jasper, who had been the team’s offensive coordinator since 2008, was also the team’s quarterback coach, a position he had held since 2002. 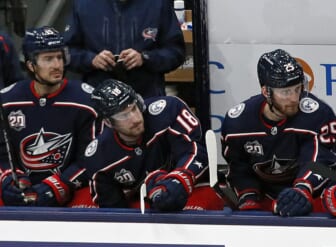 Head coach Ken Niumatalolo met with Gladchuk and reversed that decision on Monday, saying Jasper would be retained in a reduced role as quarterbacks coach only, the role he held from 2002-07. Niumatalolo plans to call the plays himself.

“Losing him was not the right answer,” Niumatalolo said in his Monday news conference. “We’re better with him. He’s the best option coach around.” 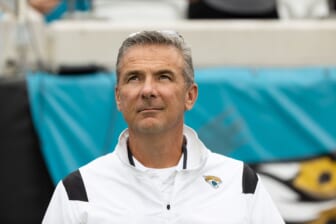 Navy has struggled on offense this season, continuing a trend from 2020 in which the team averaged just 275 yards a game, among the worst in the FBS. This year, the team has averaged just 233, also near the bottom of the national rankings.

The loss to Air Force represented a low point for Navy’s offense, as the Midshipmen amassed just 68 total yards, their lowest total since 1966.

Those struggles have followed a stellar season in 2019, when Navy ranked 12th in the country in points per game and went 11-2 behind quarterback Malcolm Perry.

“This is a frickin’ ruthless profession,” Niumatalolo said.

That was on display on social media again Monday as another Navy assistant, Stutzmann, revealed he was let go for not adhering to the Academy’s COVID-19 protocols, which now mandate vaccination.

“After applying for a religious exemption and attempting to further negotiate alternative working arrangements, I was ultimately relieved of my duties here at Navy,” he said in his statement.

Stutzmann was in his third season as an offensive assistant. Niumatalolo said Stutzmann left the staff for “personal reasons.”