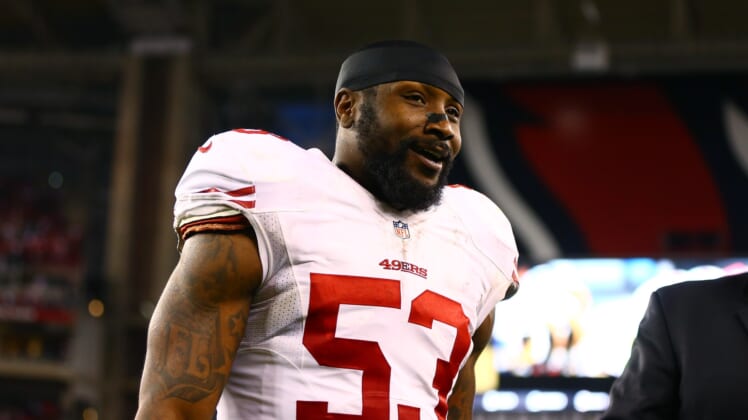 NaVorro Bowman showed up to San Francisco 49ers facilities on Tuesday to officially retire as a member of the organization that drafted him.

During his heyday, Bowman was among the best the NFL had to offer at his position.

An awful, gruesome knee injury in 2013 derailed his career, and he was never quite the same afterward.

Bowman was eventually released by the 49ers in October of 2017 after the 49ers failed to trade him as he requested. He then signed with the Oakland Raiders and played his final 10 games with the Bay Area team.

Over the course of his career, Bowman made three Pro Bowls and was voted to four First-Team All-Pro squads. In eight NFL seasons, he tallied 877 total tackles, 16.5 sacks, five interceptions, nine forced fumbles, six fumble recoveries and one touchdown — one that went down in 49ers history as legendary.