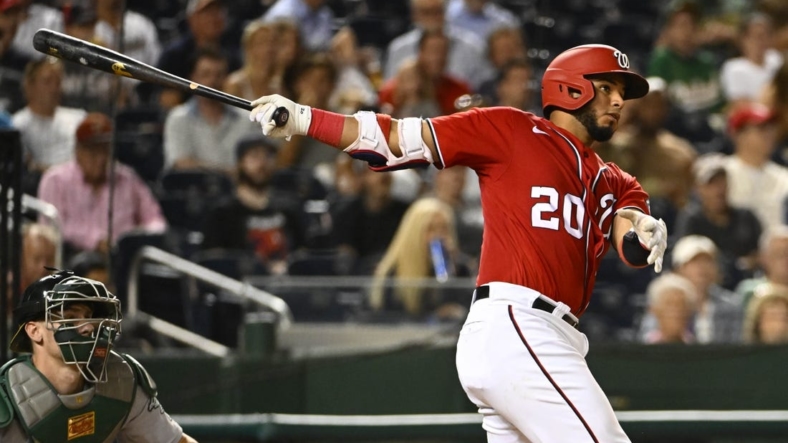 Sanchez allowed one run while striking out four and walking three.

Luke Voit homered and CJ Abrams scored two runs for the Nationals, who won for just the third time in a nine-game span.

Dermis Garcia homered for the second night in a row for the Athletics, who cranked out 10 runs in Tuesday night’s victory in the series opener.

Sanchez (1-5), a 38-year-old journeyman, hadn’t lasted a full six innings in any of his eight previous starts with the Nationals this year. He last won a game in the major leagues on Sept. 26, 2020, against the New York Mets.

Carl Edwards Jr. pitched a perfect eighth. Kyle Finnegan gave up two hits, including Seth Brown’s pinch-hit double, and a walk without allowing a run in the ninth because he struck out pinch hitter Stephen Vogt to end the game with the bases loaded.

It was the third strikeout registered by Finnegan in the inning.

Garcia tagged Sanchez for a solo home run with one out in the second inning for his second homer in his 12-game career in the majors.

The Nationals were scoreless against James Kaprielian until posting four runs in the fifth inning. Josh Palacios hit a game-tying single and Luis Garcia put Washington ahead with an RBI single before Voit’s two-run blast.

It was Voit’s 18th homer of the season and his fifth since joining the Nationals in early August in the blockbuster trade with the San Diego Padres.

The margin grew to 5-1 on Ildemaro Vargas’ run-scoring double in the sixth.

Vargas and Luis Garcia both had two hits for the Nationals.

Kaprielian (3-9) has lost his last four decisions. The Athletics had a three-game winning streak snapped.