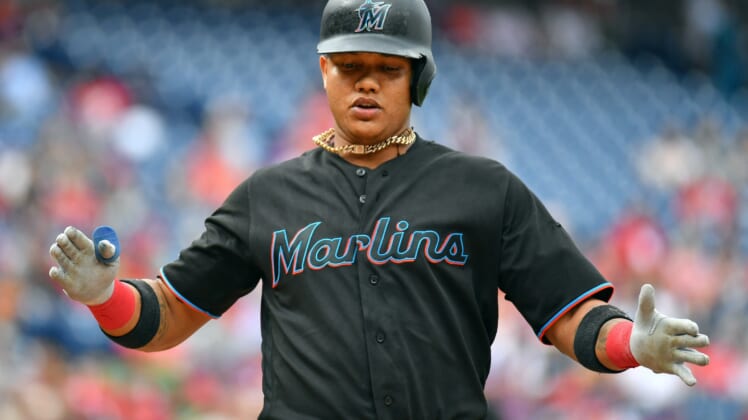 The Washington Nationals bolstered their infield depth for the 2020 season, reportedly reaching agreement on a two-year deal with free-agent second baseman Starlin Castro. The Athletic’s Ken Rosenthal first reported word of the agreement.

Castro spent the past two seasons with the Miami Marlins and consistently performed as one of the team’s best players. He hit a career-high 22 home runs this past season and achieved career-best marks in RBI (86), all while playing in all 162 games.

The 29-year-old began his career as a shortstop with the Chicago Cubs in 2010 and played there for five seasons before shifting to second base with the New York Yankees. He demonstrated this season in Miami that he can play the hot corner, 42 games started at third base, but he is expected to remain at second base with the Nationals.

Keeping Castro at second base allows Washington to continue its pursuit of All-Star third baseman Josh Donaldson. It also enables Carter Kieboom, a consensus top-20 prospect in MLB, to develop more at the Triple-A level to begin the 2020 season.