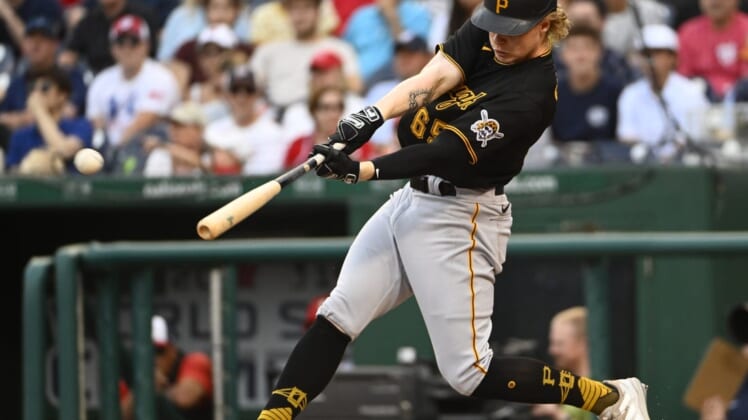 Luis Garcia led off the eighth with a double off Chris Stratton (4-4). Keibert Ruiz lined out and Yadiel Hernandez struck out before Franco hit the first pitch into the visitors’ bullpen in left-center for his seventh homer of the season.

Franco improved to 4-for-8 with two homers in his career against Stratton.

Garcia had three hits and scored twice for the Nationals, who have won five of seven.

Carl Edwards Jr. (2-1) pitched two scoreless innings for the win, and Kyle Finnegan pitched around Josh VanMeter’s one-out double in the ninth for his first save.

Oneil Cruz homered and Hoy Park had two hits for the Pirates, who have lost four straight.

Pittsburgh called up right-hander Miguel Yajure from Triple-A Indianapolis to make the start. He pitched four scoreless innings, allowing four hits and walking three without striking out a batter.

The Pirates got to Fedde in the second. Daniel Vogelbach led off with a walk and was replaced on the bases by Bligh Madris, who hit into a fielder’s choice. Madris went to third on a ground-rule double by Jack Suwinski and scored on VanMeter’s sacrifice fly.

VanMeter was brought back Monday from Indianapolis, where he had been rehabbing a fractured finger.

Washington put runners on second and third with one out in the fourth, but Yajure got Franco to ground out and Lane Thomas to pop out.

Cruz made it 2-0 when he lined a 3-1 pitch to center with two outs in the fifth. It was the rookie’s first homer of the season and the second of his career.

Garcia doubled leading off the Washington fifth, went to third on a groundout by Ruiz and scored when Hernandez grounded out, pulling the Nationals within 2-1.

Juan Soto and Josh Bell singled with two outs in the Washington seventh, but Stratton struck out Nelson Cruz to end the inning.