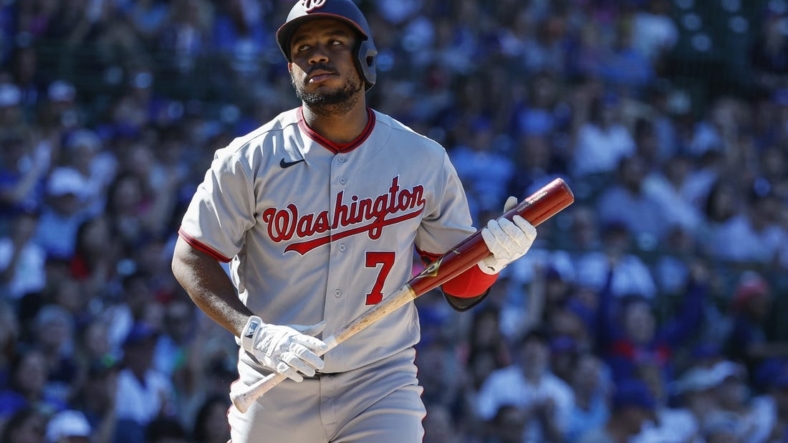 The move was made on Franco’s 30th birthday and ended his 103-game stint with the club. Franco batted .229 with nine homers and 39 RBIs.

Garcia, 22, is slated to move to second base with the Nationals intent on seeing CJ Abrams play shortstop. Abrams was one of the players Washington acquired in the trade that sent Juan Soto to the San Diego Padres at the trade deadline.