Washington Nationals outfielder Juan Soto on deadline: ‘Get it over with’ 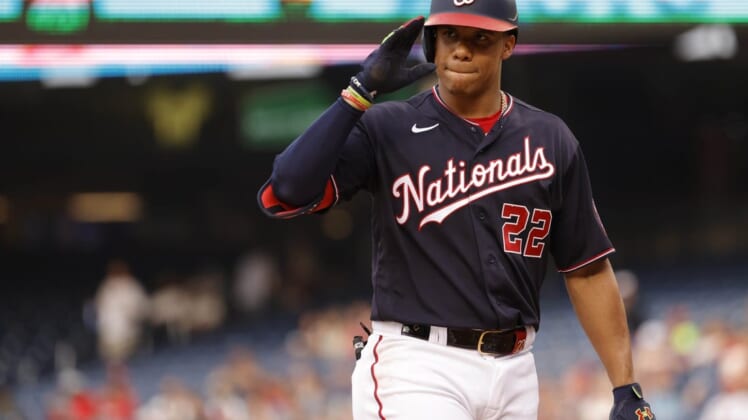 He might be waiting until Tuesday at 6 p.m. ET for the MLB deadline to expire before Soto knows which uniform he puts on next.

“I just want to get it over with and see what’s going to happen,” Soto said Sunday after a loss to the St. Louis Cardinals. “I mean, just go over that day and start over here or wherever I’m at.”

Soto, 23, has been targeted by National League contenders, including the Cardinals, Los Angeles Dodgers and San Diego Padres.

According to MLB.com, the Cardinals’ latest offer includes their top three prospects and at least two players on the team’s current MLB roster. One is believed to be outfielder Tyler O’Neill, who left Saturday’s game with a leg injury and was out of the lineup Sunday. Outfielder Dylan Carlson, 23, is also reportedly of interest to the Nationals.

The Cardinals reported O’Neill was fighting leg cramps and the injury is not serious.

The prize of the offer from the Cardinals is likely MLB’s sixth-ranked overall prospect Jordan Walker, a 20-year-old third baseman scalding Class AA pitching. Left-handed pitcher Matthew Liberatore, 22, is also in the package, according to the St. Louis Post-Dispatch.

The Nationals are also expected to move first baseman Josh Bell, who is a free agent at the end of the season. He’s batting .302 with 14 homers and 57 RBIs.