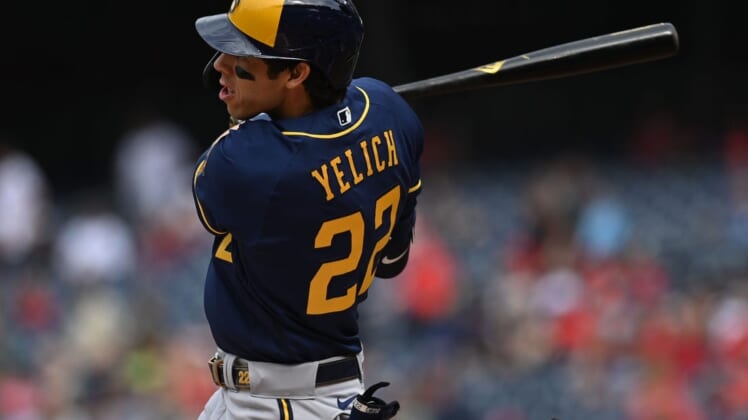 Juan Soto, Nelson Cruz and Josh Bell hit back-to-back-to-back home runs to help the Washington Nationals to an 8-6 victory against the visiting Milwaukee Brewers on Saturday.

The Nationals’ trifecta came in the fifth inning, when they stretched their lead to 8-1.

The Brewers suffered their eighth consecutive defeat despite blasting three home runs. Leadoff batter Christian Yelich homered on the fifth pitch of the game, Mark Mathias hit a two-run shot in the seventh inning followed by a two-run blast from Luis Urias with two outs in the ninth.

Giving up the first-inning homer didn’t faze Washington starter Patrick Corbin (3-8), who worked six-plus innings for the victory. He gave up four runs on seven hits and two walks on his way to winning for the third time in his last four decisions. He also avenged a May loss to Milwaukee.

Eric Lauer (5-2) took the loss, lasting five innings and charged with eight runs on seven hits and four walks. He shut out the Nationals across seven innings in a May 20 victory.

Milwaukee scored three runs in the seventh and then loaded the bases with two outs before Rowdy Tellez lined out to first base off Kyle Finnegan, who was the second of three relievers used by the Nationals. Tanner Rainey pitched the ninth, giving up a walk and Urias’ homer.

Yelich went 3-for-5 and Victor Caratini had two hits for the Brewers, who also received an RBI double from Lorenzo Cain in the seventh inning.

Washington left fielder Lane Thomas, who had been on a hitting tear this month, went 0-for-2 but walked twice and scored two runs. Teammate Luis Garcia was 3-for-4.