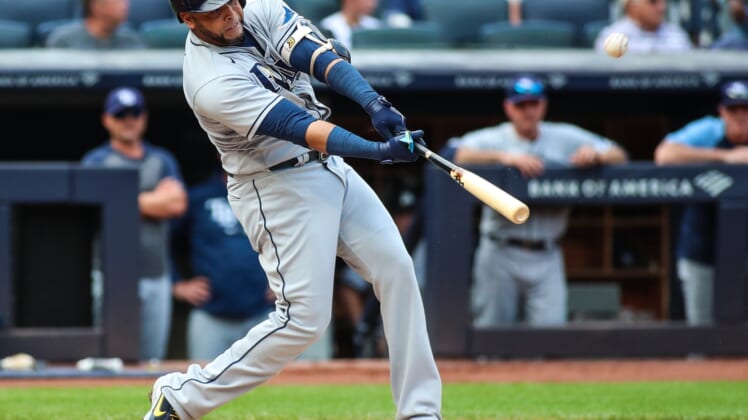 Designated hitter Nelson Cruz jumped to the National League and the Washington Nationals on Sunday, agreeing to a one-year deal with an option for 2023, according to multiple reports.

The contract is pending a physical.

At least three other NL teams, preparing to adapt to the new DH rules, were in the bidding for Cruz, according to reports.

Cruz, a 17-year veteran who will turn 42 on July 1, is a seven-time All-Star, including last season, when he had 32 homers, 86 RBIs and a .265 batting average in 140 games in a split season with the Minnesota Twins and Tampa Bay Rays. The Rays acquired him in July.

Cruz led the American League in home runs with 40 in 2014 while playing for the Baltimore Orioles. He posted a league-high 119 RBIs in 2017 for the Seattle Mariners.

Cruz was selected as the Roberto Clemente Award winner for 2021. The award is given annually to the player who “best represents the game of baseball through extraordinary character, community involvement, philanthropy and positive contributions, both on and off the field.”

Cruz has worked to improve lives in his hometown, Las Matas de Santa Cruz, in a remote area of the Dominican Republic.

His career hasn’t been without controversy, however. In 2013, as a member of the Texas Rangers, Cruz was among 12 players suspended by Major League Baseball for violating the league’s steroid policy. Cruz served a 50-game suspension.