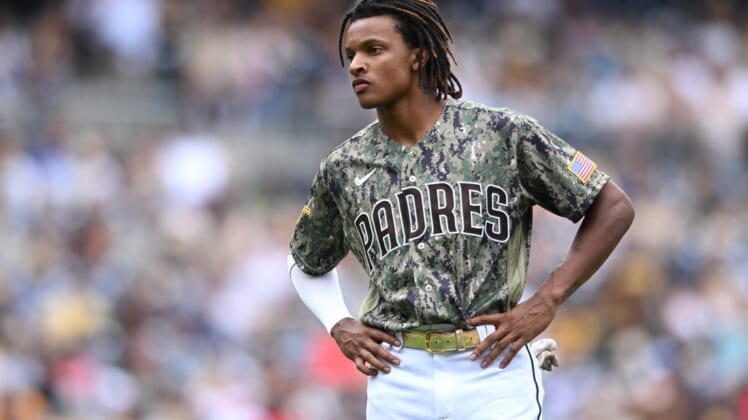 Abrams, 21, was acquired on Aug. 2 from the Padres as part of the trade that sent star outfielder Juan Soto to San Diego. The Padres’ first-round pick in 2019 was the No. 6 overall selection in that year’s draft.

In a corresponding move, the Nationals placed infielder Luis Garcia on the 10-day injured list, retroactive to Saturday, with a left groin strain.

Abrams is MLB’s No. 11 overall prospect, according to Baseball America. In his short stay at Rochester, he hit .290 (9-for-31) with two doubles, two RBIs, two walks and four stolen bases in eight games.

Abrams was on San Diego’s Opening Day roster but later shuttled up and down between the major leagues and Triple-A El Paso. With San Diego, he hit .232 with five doubles, two home runs, 11 RBIs and 16 runs in 46 games over two major league stints.