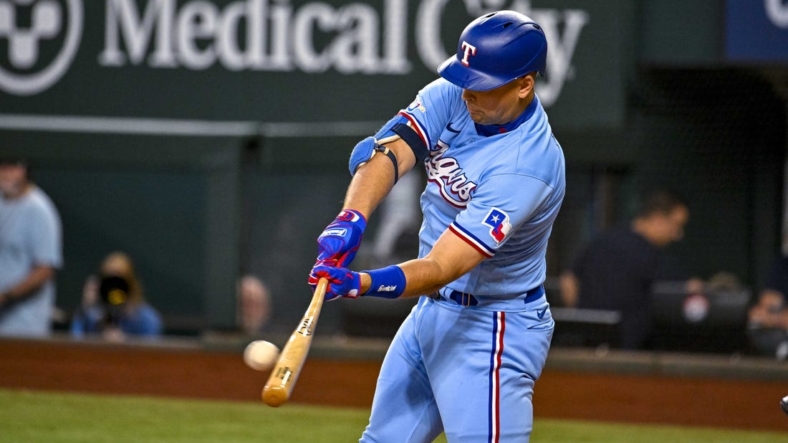 Adolis Garcia connected on a two-run home run in the third inning, and Leody Tavares belted a solo shot in the eighth inning. Nathaniel Lowe went 3-for-4 with an RBI as the Rangers (60-79) snapped their three-game losing streak.

The Blue Jays (78-61) had their three-game winning streak come to an end, but they took two of three in the series.

Jose Leclerc locked down his fourth save after throwing a scoreless ninth.

The Blue Jays were 0-for-10 with runners in scoring position.

In six innings, Perez (11-6) gave up one run on six hits with two walks and seven strikeouts.

The Blue Jays went with a spot starter, and turned to reliever, Trevor Richards, who made his 56th appearance but just third start. The outing didn’t last long.

Richards (3-2) yielded a single to Corey Seager in the first inning, and Lowe delivered an RBI double to center. After loading the bases with one out, Richards was lifted after 26 pitches. David Phelps was able to avoid more damage, striking out Josh Jung and retiring Taveras on a line out to right.

In the third inning, the Rangers padded their lead to 3-0 on Garcia’s two-run home run off Yusei Kikuchi. Lowe singled and Garcia crushed his 24th home run to left field.

Garcia, who was the designated hitter, has homered in back-to-back games.

Toronto broke through against Perez in the sixth inning. Bo Bichette singled and scored on Teoscar Hernandez’s RBI double.

Hernandez was activated on Sunday after being on the league’s paternity list, following the birth of his third child.

The Blue Jays threatened in the seventh inning, putting runners on first and second off Jesus Tinoco. But with two outs, Seager snared Bichette’s liner at short.