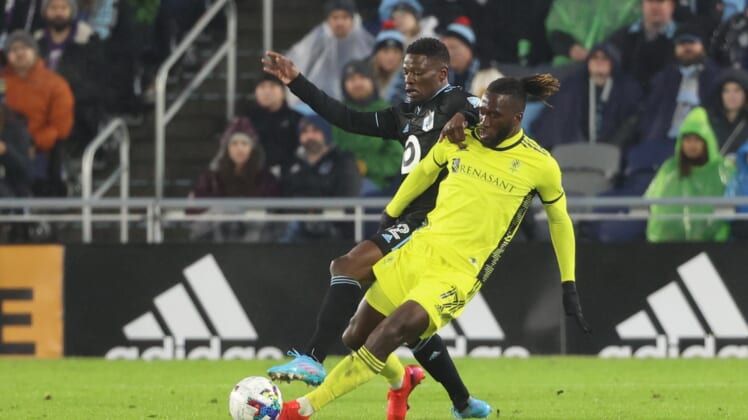 As Nashville SC awaits the opportunity to open their new home stadium, the club will continue its eight-game road stretch to open the 2022 season when it takes on FC Dallas on Saturday at Frisco, Texas.

The teams will play each other for the first time since Dallas secured a 1-0 win at Nashville on Nov. 4, 2020. Nashville went 2-1-1 over the course of four matchups between the teams that season.

Nashville SC (1-0-1, 4 points) won’t play at home at the new GEODIS Park until May 1. In the meantime, Nashville is off to a strong start an impressive 1-0 season-opening victory at Seattle, followed by a 1-1 tie against Minnesota United last Saturday.

“They’ve got great determination and terrific will. That counts for an awful lot when you’re on the road,” Nashville head coach Gary Smith said. “There are so many things to contend with: away crowd, quality teams, and front-foot approach from these teams. There’s plenty that we’ve got to try and work our way through, and we will continue to have to do that.”

Anibal Godoy and CJ Sapong have provided the two goals so far for Nashville, while Dax McCarty, Hany Mukhtar and Randall Leal have assists.

FC Dallas (0-1-1, 1 point) hasn’t had a lot of bright spots over its slow start to the 2022 campaign other than a solid defensive effort which has held opponents to two goals so far, one of which was from the penalty spot. But Dallas has been unable to finish scoring chances.

Dallas is expecting forward Franco Jara to be available although how much playing time he will get remains unclear. Midfielder Nicky Hernandez remains out following leg surgery.

“We were solid in areas we weren’t last year,” FC Dallas coach Nico Estevez said. “We are focusing on the performance. We want to be the best team on the field every time and so are focused on doing things in the right way.”