Nashville SC looks to carry momentum on road versus Dynamo 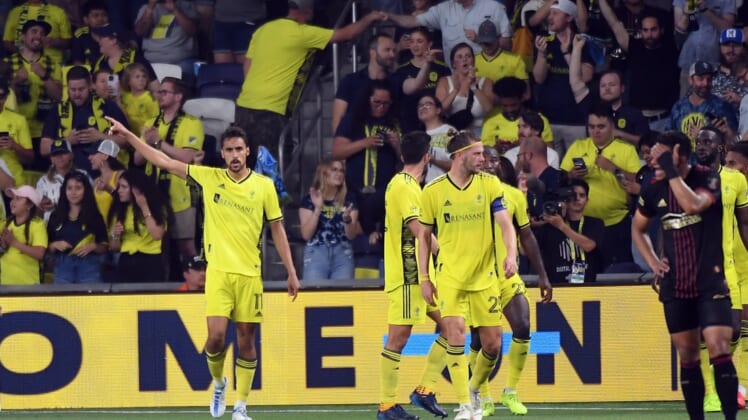 Nashville SC will look to continue to play well on the road when it travels to Houston to square off the rebounding Dynamo FC on Saturday in a Western Conference match.

The Dynamo (3-4-3, 12 points) return home after a 2-0 loss at D.C. United on May 7. Houston has lost three straight league matches after falling just once, with three wins and three draws, in its first seven MLS contests this season.

Houston was able to get back on the winning track a 1-0 win over San Antonio FC on Wednesday in a U.S. Open Cup round-of-16 match.

“It’s a step-by-step process and again, the guys who stepped onto the field today, the guys who had the opportunity, they took the opportunity really well,” Houston coach Paulo Nagamura said after Wednesday’s win. “Every time we step on the field, even if we rotate the squad or if in a league game, it’s to win games and that’s the goal — to put this club where we want to go.”

Nashville (4-3-3, 15 points) ended a three-match winless run with a 2-0 victory over Real Salt Lake on Sunday, in the process claiming its first victory in its gleaming new stadium, Geodis Park. Dave Romney scored in the 63rd minute for the home side before CJ Sapong sealed the victory with a tally in stoppage time.

Nashville also earned a win in U.S. Open Cup play on Wednesday, coming back from two down to beat Atlanta United 3-2. It has recorded consecutive MLS wins just once since September 2021 but is playing its best football of the season after dominating Real Salt Lake and then beating its rival.

“The guys will be as high as a kite – I’ll be pulling them off the ceiling,” Nashville coach Gary Smith said after the victory over Atlanta. “They’ll have a recovery day (Thursday), and they will be ready, trust me.”

Nashville has never lost to the Dynamo, forging a win and a draw in 2020, which was the most recent time the sides have played.