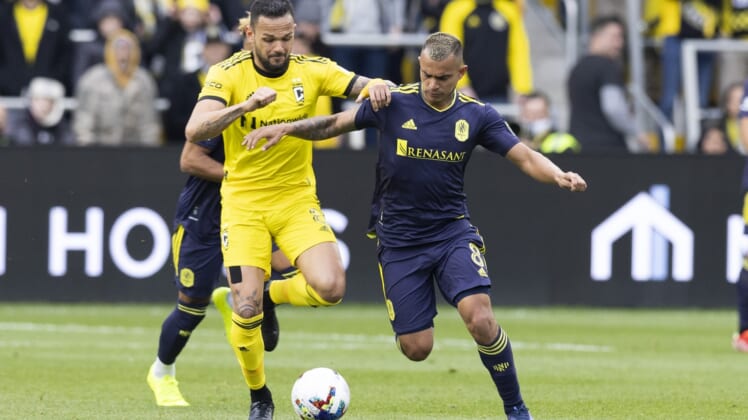 Alex Muyl scored and Joe Willis made four saves when Nashville SC ended the Columbus Crew’s unbeaten streak with a 1-0 victory in Columbus, Ohio, on Saturday.

Muyl’s goal came in the 28th minute as Nashville (2-2-1, 7 points) defeated the Crew for the first time in their history after two losses and two draws since 2020.

Columbus (2-1-2, 8 points) had five wins and two ties in its past seven games back to last season. A four-game home winning streak also ended.

Muyl scored after Nashville’s pressure created a turnover and was aided by misfortune for the Crew. Taylor Washington sped down the left flank for Nashville and sent a cross to Muyl in the middle of the box.

In the 33rd minute, it was Nashville’s turn for bad luck.

The dangerous Hany Mukhtar ripped a shot from the left side that hit the right post and rolled back toward the other one. The ball was halfway across the goal line when goalkeeper Eloy Room grabbed it with both hands.

Crew midfielder Lucas Zelarayan, the MLS March player of the month with four goals and two assists in four games, started after being questionable following a knee injury against the New York Red Bulls on March 20.

He had a chance for the equalizer in the 73rd minute with an attempt at his eighth career free-kick goal. But from 23 yards he went for placement over pace and sent the strike inches wide of the left goal.

Nashville defender Walker Zimmerman came off the bench in the 71st minute. He started all three World Cup qualifiers for the U.S. national team from March 24 through Wednesday.