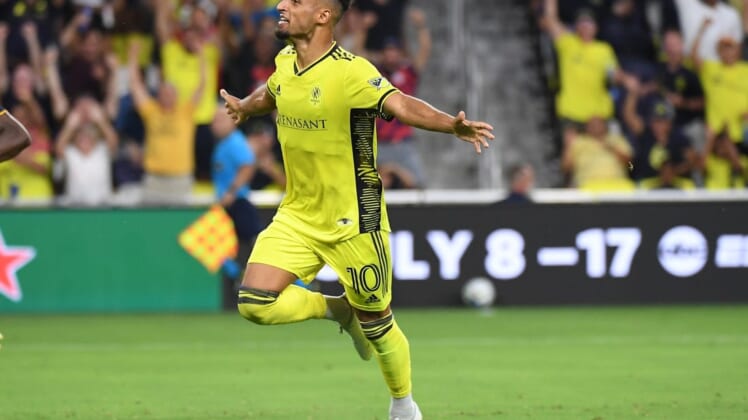 Whether or not Nashville SC have new signing Shaq Moore ready for Saturday night’s trip to FC Cincinnati, manager Gary Smith hopes the transaction will give his team a mental edge.

Nashville (8-7-6, 30 points) announced the addition of United States World Cup hopeful on Tuesday, meaning it might be tough for the fullback to get enough practice reps to be ready for Saturday.

But Moore made four appearances for the U.S. during World Cup qualifying and is trying to get back in the picture for this fall’s FIFA World Cup tournament in Qatar.

And while Nashville will benefit from his on-field skills, Smith also believes the club could benefit from trying to help Moore achieve that aim.

“There are junctures in a season when you can give a team a boost,” Smith said. “And I think his presence … not only gives everyone a shot in the arm, but I think also gives everyone a bit more of a reality check. That we’re still fighting very much for some very decent positions in this Western Conference.”

Despite only one win in their last four matches, Nashville SC remain fifth in the Western Conference entering the weekend. Most recently, they fell 2-1 to Supporters’ Shield leaders LAFC last Sunday despite Hany Mukhtar’s team-leading 12th goal.

Cincinnati (7-8-6, 27 points) may also be trying to refocus after their own disappointing 2-0 loss at the Columbus Crew on the same day.

That snapped a six-match unbeaten run that included five draws, and kept Cincy seventh in the East and only one point above the playoff line.

Playmaker Luciano Acosta will be unavailable again as he completes the third and final game of his suspension. He has six goals and leads the team with 10 assists.

But the performance without him against Columbus was better than the final score indicated, said manager Pat Noonan, despite falling behind on a first-half free kick.

“If we’re defending in different ways with a little more assertiveness and maybe higher up the field, maybe that free kick doesn’t take place where it does, so those little things add up,” Noonan said. “But I thought after that, it was more balanced than it felt.”