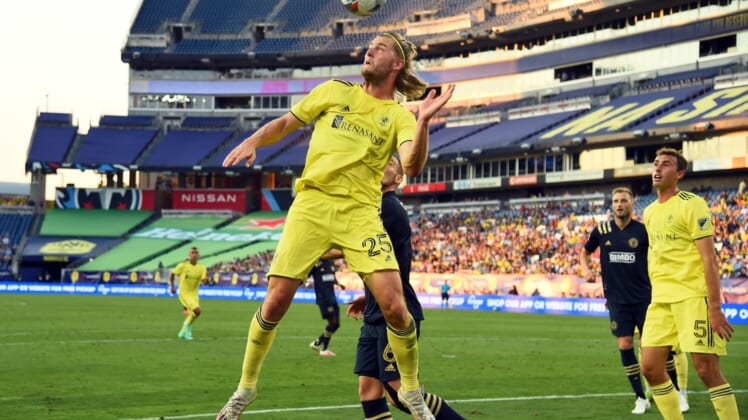 A second-minute goal by C.J. Sapong against his former team was enough to lift host Nashville SC to a 1-0 victory against Philadelphia on Saturday and end the Union’s eight-game unbeaten streak.

Philadelphia lost for the first time on the road (2-1-3).

Sapong scored 68 seconds into the game for his second goal of the season. Nashville raced down the right channel in transition and Randall Leal found him at the top of the penalty area. The ball landed at Sapong’s right foot on his first touch and he rocketed a shot.

Sapong signed as a free agent this season after two years with the Chicago Fire. He scored 40 goals in 123 games for the Union from 2015-18.

The lead was unusual for Nashville, which had conceded the first goal six times this season but still managed a 1-1-4 record.

Nashville is 3-0-0 scoring first and leading at the half. Philadelphia is 0-2-3 after giving up the opening score and has lost both games when down at halftime.

Nashville was dangerous on the counter and Hany Mukhtar in the 52nd minute capped a break with a shot from the top of the box Blake was able to handle.

In the 71st, Philadelphia’s Olivier Mbaizo nearly scored an own goal after a Leal cross hit his leg and skipped to the left post. Nashville kept pressing and Blake came up big on Leal’s strike on the run in the 76th minute.

On Thursday, Nashville hosts Atlanta United and the Union plays at the New York Red Bulls.