NASCAR's ratings continue to fall as another bad record has been broken. What is this record and why is NASCAR falling behind other Motorsports overall? 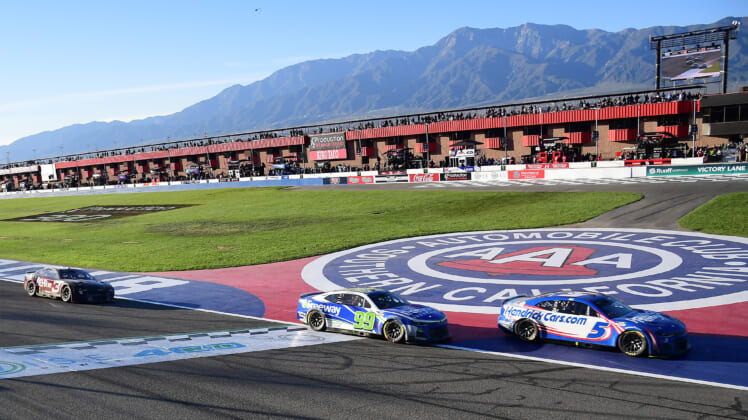 NASCAR’s viewership continues to fall after the ratings for last weekend’s race at Auto Club Speedway were released on Tuesday morning.

Should there be concerns with the current trend of viewership?

NASCAR averaged 4.570 million viewers for Sunday afternoon’s event at Auto Club Speedway. It may seem good on the surface, but there’s more beneath that makes this concerning.

The last race at Auto Club took place in 2020 and had an average of 4.781 million viewers for the third event of the season. Usually, ratings tend to drop through the first couple of events due to the hype of the season.

However, the second race of the 2022 season saw a more significant drop in viewership compared to previous seasons.

Sunday’s race at Auto Club is also down from the second race of the 2021 season. The Daytona Road Course averaged 4.750 million viewers during the event.

Most notably, Sunday was an all-time low in viewership for the second race of a NASCAR season ever. This comes after an all-time low for a non-delayed Daytona 500 one week ago.

It’s safe to say this is not ideal for the sport and there should be some concern on why ratings continue to fall.

NASCAR ratings are declining while IndyCar is rising

While NASCAR’s ratings were a record low for a second event of the season, the NTT IndyCar Series found themselves with a massive jump in ratings.

The IndyCar race at St. Petersberg averaged 1.405 million viewers on Sunday. Last year’s season-opener at Barber only averaged 914 thousand viewers which is almost an extra 500 thousand. This is the most viewed season-opener since 2015.

IndyCar’s race at St. Petersberg was also up from 1.219 million viewers last season. IndyCar is seeing huge success as an open-wheel Motorsport, just like Formula 1.

NASCAR has struggled with the 18-49 demographic and while IndyCar doesn’t have as many overall viewers, the percentage of those viewers being in that demographic is higher.

Compared to NASCAR’s 18-49 demographic, IndyCar has an average of 24%, while they are at 20.1%. The future of IndyCar seems to be brighter when it comes to younger people.

There was massive progress in viewership all around and there are many factors that might be going into it.

NASCAR is staying behind other Motorsports in a new era

NASCAR is clearly falling behind other motorsports in a new era of television. Formula 1 and IndyCar are on the rise while NASCAR is slowly declining on a weekly and yearly basis.

What are the biggest differences between these sports? Well, it might be as easy as the product fans are seeing on their televisions over the course of a race.

Formula 1 does not have a single commercial during their races on ESPN. The coverage goes through the entire event. IndyCar always has side-by-side commercials during green flag racing.

On the other hand, NASCAR will go to full-screen commercials on a regular basis which affects the way a fan can follow the race. They are the only one of the “Big 3” Motorsports that still have this happen.

People do not want to watch numerous full-screen commercials while green-flag racing is taking place. What other big American sport has ongoing action behind a commercial? There are not many.

Young fans want to watch the action. They do not want to watch commercials over and over again. It’s a simple fact that everyone understands.

If NASCAR wants to fix the ongoing issues with viewership, fixing their way of broadcasting commercials would go a very long way in those efforts. 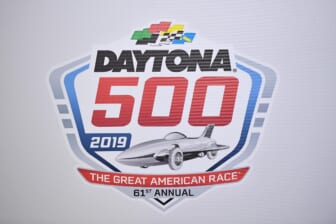