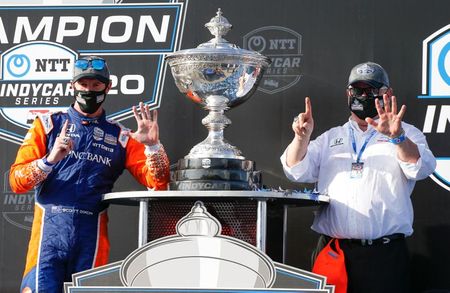 For the third day in a row, NASCAR was forced to move back the resumption of the Cup Series race at Texas Motor Speedway another day in Fort Worth.

With ongoing unfavorable weather conditions and continued precipitation, NASCAR rescheduled the Autotrader EchoPark Automotive 500 until Wednesday. The start is now scheduled for 3 p.m. ET on NBCSN.

Live coverage of the remaining portion of the 334-lap, 501-mile race can also be found on PRN and SiriusXM NASCAR Radio Channel 90.

The race began as scheduled on Sunday, but with just 52 laps completed, the red flag waved because of a heavy mist.

The Texas race is the second of the three-race Round of 8 in the series’ playoffs.

Joey Logano has secured a berth in the finale as a result of winning last Sunday in Kansas.