NASCAR dirt races postponed to Monday due to rain 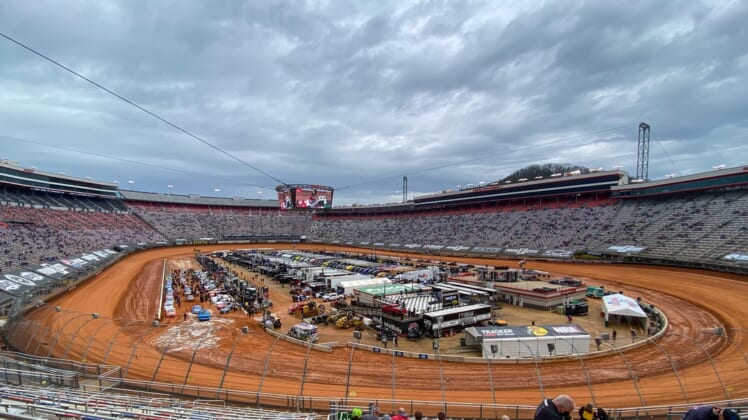 Both NASCAR dirt races scheduled for Sunday at Bristol Motor Speedway were postponed until Monday because of heavy rainfall in Tennessee.

The Food City Dirt Race, the first Cup Series race since 1970 to be held on a dirt track, was pushed back until 4 p.m. ET on Monday and will be broadcast live on Fox Sports.

The Pinty’s Truck Race on Dirt, already delayed from its originally scheduled Saturday night slot, is set to begin at noon ET on Monday and will air live on Fox Sports 1.

Heavy downpours Saturday night flooded the parking and campground areas around the speedway. The rain was expected to continue until Sunday afternoon, after which the dirt surface will require extensive preparation.

With Saturday’s heat races being canceled for both the Cup Series and the Camping World Truck Series, the starting lineups for Monday’s races were set according to the NASCAR rulebooks.

Kyle Larson will start from the pole position in the Cup Series race, but is expected to drop to the rear after changing his engine following Friday’s final practice.

John Hunter Nemechek will start first in the truck race.