Big Machine Racing wants one full-time NASCAR driver next season as the idea of a second car is in play. Who would be some good options for the organization? 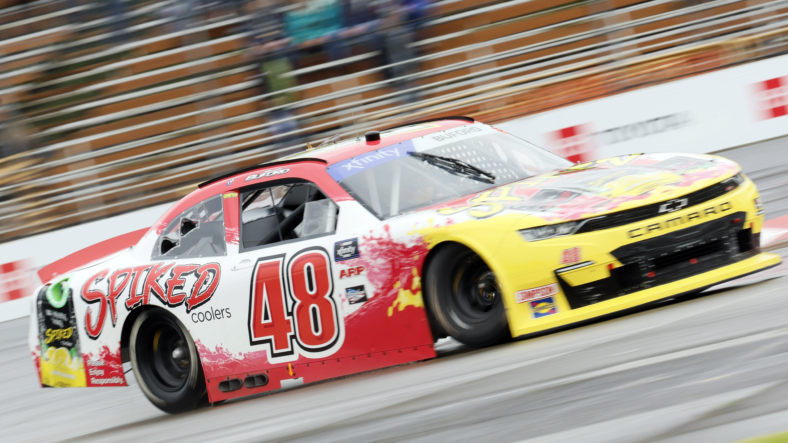 Big Machine Racing fields the No. 48 car in the NASCAR Xfinity Series and it has been a rollercoaster for the organization as they’re currently in its second year of existence.

However, the organization’s future in NASCAR is really bright as they prepare for the 2023 season.

NASCAR has seen many new teams in recent years, including Trackhouse Racing, 23XI Racing, and Sam Hunt Racing. Even though those teams have gained notable traction, Big Machine Racing should be added to the list.

Jade Burford was the driver of the No. 48 car before being removed and replaced with a plethora of drivers including Tyler Reddick, Ross Chastain, Ricky Stenhouse Jr., Kaz Grala, and more.

The performance of the vehicle has drastically improved over the last few months and it even saw victory lane at Texas Motor Speedway when Tyler Reddick took home the victory.

However, this is not the ideal situation for team owner Scott Borchetta when it comes to Big Machine Racing’s future.

“The goal is to never be a revolving door for drivers…the focus for next year is absolutely having one driver.”

Scott Borchetta’s plans for the No. 48 car on SiriusXM Radio

While having an “All-Star” entry would be good for the owner’s standings at the end of the season, it’s understandable why Borchetta would like one full-time driver in the car moving forward. It is difficult for an organization to not have consistency every week.

Plus, based on his comments, it appears the next driver of the No. 48 car is going to be someone he did not expect when this process began.

“The different drivers who have reached out are ones I didn’t expect and that makes it really exciting. “We’ve had some great conversations in the last couple of weeks. There’s definitely a couple of guys who are raising their hand in getting a shot with the car.”

It sounds like Big Machine Racing is going to have a driver that will raise some eyebrows for the 2023 season. This should be the case as the vehicle is race-winning equipment, as previously stated. There are reasons to be excited about the future.

The process may not take that long either as teams look to fill out their lineups for the 2023 season and beyond. A quality ride in the series might be filled soon.

It is almost September and NASCAR silly season will start to pick up soon all over the place. Kyle Busch is still waiting on a new home while most of silly season is left in the Xfinity Series.

There is the possibility that Big Machine Racing fields a second entry next to the full-time ride. Who might drive the car? Well, how about Borchetta himself?

“It’s gonna happen. I don’t know when, but there’s gonna be a road race that I show up…it’s on the bucket list.”

Scott Borchetta on the possiblity of him racing

However, there will be some options available for Big Machine Racing as they look to finalize their plans.

There will be plenty of options available for Big Machine Racing in the NASCAR Xfinity Series and it will be hard for the organization to truly lose out.

One option that could be intriguing is Ty Dillon, who is very positive about his future in NASCAR. Dillon wheeled the No. 48 car to a sixth-place finish at New Hampshire Motor Speedway in his only start this season.

Big Machine Racing is close to Richard Childress Racing, so it makes all of the sense in the world for the 30-year-old driver to enter its doors. However, their options are not limited. 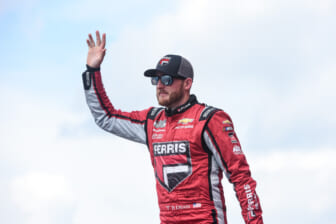 Trevor Bayne would be another good option as he has driven in select races for Joe Gibbs Racing in the Xfinity Series over the course of the 2022 season. Bayne has four top-5 finishes and five top-10 finishes in six starts.

Coincidentally, Bayne was born in Tennessee while Big Machine Record is based there too. Borchetta is the CEO of the company. It could be a way for them to connect through racing.

If not Dillon or Bayne, Nick Sanchez could be a really intriguing option for the organization as he looks to move up the NASCAR ranks. Sanchez has three victories and leads the standings in the ARCA Menards Series.

Plus, Sanchez signed a four-race deal with Big Machine Racing during the 2022 season. It would be a great way for the Chevrolet-backed driver to climb up the ranks and join a good team.

No matter what happens over the next month when it comes to the NASCAR silly season process, Big Machine Racing should land a driver that will elevate the performance of the No. 48 car even more.