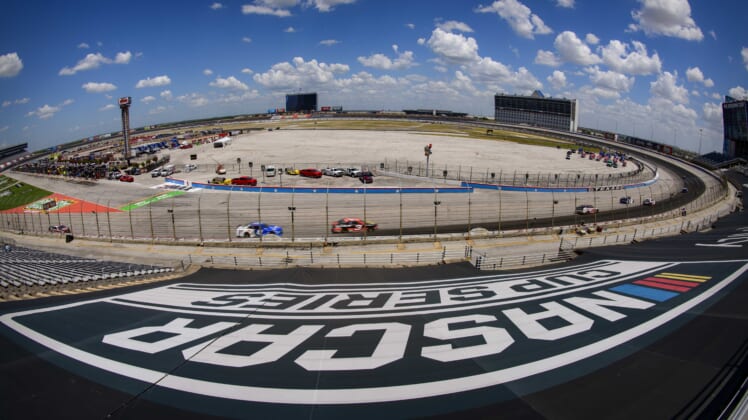 Many people within the NASCAR world have shown their displeasure with the 550 horsepower package for several years. Ranging from fans to drivers, the style of racing has been ridiculed by many individuals.

It was previously announced that they would continue to use the 550 horsepower package with an eight-inch spoiler at all intermediate tracks in 2022 with little hope of convincing the sport to change due to its past decisions.

However, the talk of a potential change started at the NextGen tests last week.

The sport went to Charlotte Motor Speedway and tested the car with many configurations, with the most popular being the 670 horsepower package. By the last day of testing, it was the only specified horsepower being used with the new car.

It seemed likely that the package would be used for next year, but there were other issues to sort out, such as the rear spoiler and other dynamics of the car. There were two spoilers used with heights of four and six.

After the testing, drivers praised the four-inch spoiler due to its creation of more off-throttle time, significant tire wear, and easier passing. All of this led to the reveal of the new package for most tracks in 2022.

On Tuesday morning, it was announced that the sport’s top-level would use the 670 horsepower and four-inch spoiler package for all tracks except superspeedways. Expectedly, many NASCAR drivers and fans had much to say about it on social media.