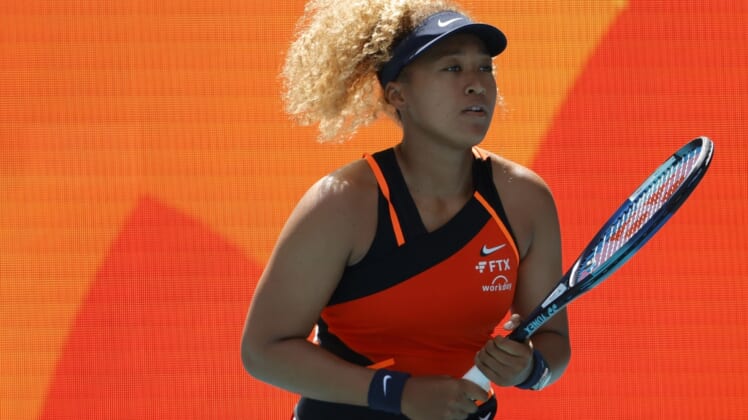 Osaka cruised to a 6-3, 6-4 win over Astra Sharma of Australia in one hour and 20 minutes. The 24-year-old Osaka advanced to face Angelique Kerber of Germany in the second round.

The victory allowed Osaka to turn the page on her most recent performance, in which a heckler brought her to tears during a loss against Veronika Kudermetova of Russia.

“I didn’t want to let anything bother me, no matter what happened,” Osaka said. “The last match I played was not the greatest memory for me. I wanted to prove that I could come back out here and compete, and no matter if I won or lost, to just know that I had the best attitude I could.”

In other action at Miami, Linda Fruhvirtova notched her first career win at the WTA1000 level. The 16-year-old from the Czech Republic beat Danka Kovinic of Montenegro 6-0, 6-4 in a match that lasted one hour and 14 minutes.

Sloane Stephens of the U.S. needed one hour and 39 minutes to advance to the second round with a 6-4, 6-3 win over Panna Udvardy of Hungary. Stephens, who is ranked No. 38 in the world, is seeking her eighth career title in WTA singles competition.

Meanwhile, Aliaksandra Sasnovich of Belarus held on for a 7-6 (6), 6-4 win over Wang Xinyu of China.

Switzerland’s Viktorija Golubic won the final match of the day with a 6-4, 4-6, 6-4 victory over Kirsten Flipkens of Belgium.