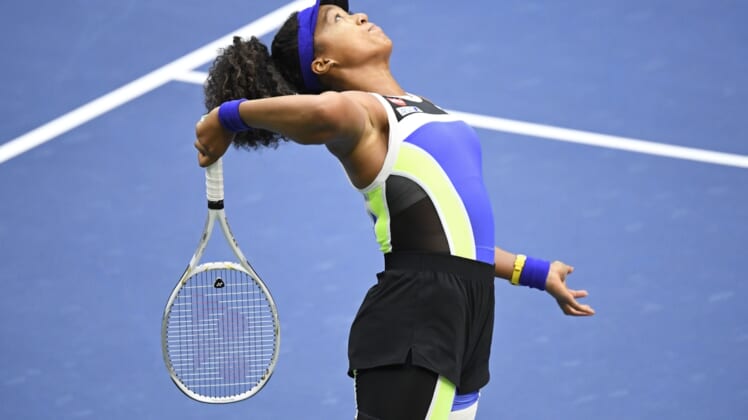 Her opponent in the title match at Melbourne, Australia, will be No. 22 Jennifer Brady of the United States, who beat No. 25 Karolina Muchova 6-4, 3-6, 6-4 to advance to her first Grand Slam final.

Williams, 39, is a seven-time Australian Open champion. She owns 23 career Grand Slam singles titles, one behind the record held by Australia’s Margaret Court. Her most recent major title came at Melbourne in 2017. She gave birth to a daughter later that year, but she reached four major finals over the next two years, losing all four.

Her most recent appearance in a Grand Slam final was at the 2019 U.S. Open, when she lost to Canada’s Bianca Andreescu.

On Thursday, Williams broke serve in the first game and held in the next game, but Osaka recovered for a 5-2 edge before serving out the set.

A break in the opening game of the second set put Osaka on top. Williams drew level at 4-4, but Osaka won each of the match’s last eight points to break back and then seal the victory on her own serve.

“I hit a lot of unforced errors in the first few games and I was just really nervous and scared I think in the beginning,” Osaka said. “Then I sort of eased my way into it. For me, I think the biggest thing is just having fun and it’s the first day having the crowd in a while.”

Brady, 25, had never reached the quarterfinals of a major tournament before she made a run to the U.S. Open semifinals last summer. Now she is one win away from her first Grand Slam title.

No game in the match lasted more than eight points until the final game, which lasted 18 points. Muchova had three break points in the game to level the score, and Brady needed five match points to clinch the victory.

“I can’t feel my legs,” Brady said after the match. “My legs are shaking and my heart is racing.